Established in 2018, the Canterbury School Outstanding Young Alumni Award honors an alumnus/a who graduated within the last 25 years; who has made significant contributions to civic organizations and/or a chosen profession; whose life is characterized by creativity, curiosity, and community service; and who reflects the highest ideals of Canterbury School.

Katie Grill ’10 is the co-founder and CEO of Neolth, which provides stress and mental health support to students by delivering on-demand, personalized care via their self-guided platform.

After earning a Ph.D. in neuroscience at American University, she started Neolth, a Walnut Creek, California-based mental health app that launched in early 2021. Teenagers and young adults from 180 high schools and colleges use the self-guided platform to connect with peers experiencing similar struggles and to learn coping and relaxation methods. Users can opt to tether the account to their school counselor who can monitor their progress. Katie committed to a career providing better access to care and resources after a friend died and a family member was hospitalized while battling severe mental illness.

Katie has won numerous awards, including the 2021 Timmy Finalist as a Best Tech for Social Good company, 2020 Startup of the Year EdTech award, Top 100 Startup in 2020 by SOTY, Top 100 company in 2020 by Pepperdine University, the SoGal San Francisco Regional Pitch Competition, and the SoGal Global Finals Pitch Competition, the largest pitch competition for female founders in the world. She led the company to receive a $700,000 pre-seed investment, with notable investors like Techstars and Telosity.

She has also been featured in numerous articles and received extensive press for her work with Neolth. This past December, Katie was named to Forbes magazine’s list of “30 Under 30” in Education.

In addition, she was invited to and participated in the Techstars accelerator, which has a less than 1% acceptance rate; the Nasdaq Entrepreneurial Center’s Milestone Makers program; and the Headstream program, the youth mental health accelerator supported by Pivotal Ventures.

While at Canterbury, Katie was a member of the School's 2010 Honor Society; played hockey, soccer, and softball; and was a swimmer. Her sister, Christina Curtin ’08, is also a graduate.

Libby Foley ’06 grew up in Winnetka, IL, a northern suburb of Chicago, before attending Canterbury and graduating in 2006. Having first developed an interest in American government while at Canterbury, she has lived and worked in Washington, DC, since graduating from college, working at non-profit organizations and on Capitol Hill.

Libby currently serves as a senior aide to Congresswoman Betty McCollum (D-Minn.), a member of the powerful House Appropriations Committee, handling a diverse portfolio, including agriculture, energy, international relations, global health and global food security. In this role, she tracks all legislative and regulatory activity within her portfolio, meets with advocacy groups and stakeholders, advises on policy matters, prepares and staffs the Congresswoman for all relevant committee work, and helps develop and advance legislative priorities.

Through her work on Capitol Hill, Libby has also had the opportunity to work with the Bill and Melinda Gates Foundation and United Nations Foundation. With these organizations, she has traveled to Ghana, Ethiopia, and Uganda to meet with government officials to discuss the global health and global food security policies and programs supported by the United States, and was able to see firsthand how these programs are implemented in the field.

Prior to her time in Congress, Libby worked at the Environmental Working Group, a non-profit organization focused on sustainable agriculture and environmental health. As a member of the government relations team, she assisted with lobbying efforts on Capitol Hill, focusing mainly on the Farm Bill and cosmetics safety reform. Before that, she interned with the Alaska Wilderness League and with Sen. Mark Kirk (R-Ill.) and Rep. Louise Slaughter (D-N.Y.).

Libby graduated from Hobart and William Smith Colleges in 2010 with a Bachelor of Arts in Environmental Studies and Political Science. She joins a long line of family members who also attended Canterbury, including her father, Kevin Foley ’65; uncle, Fran Foley, Jr.’64 (who worked at Canterbury from 1979-1999, including roles as the Admission Director and a math teacher); and cousins Megan Foley Corrigan ’91, Fran Foley III ’93, Sarah Foley Montagano ’95, and Caroline Foley Rice ’99.

Meg (Caswell) Holladay ’95 began her career in design the moment she decided not to attend law school. After earning a degree in criminology, she soon enrolled at The Art Institute of Chicago,

IL, where she completed her B.F.A. in interior architecture. She began her design career with Ralph Lauren Home but quickly set out on her own, launching her Design Shoppe in a well-known Chicago neighborhood.

Meg was launched into the national spotlight as a top interior designer in 2011 when she won season six of HGTV’s Design Star. She has gone on to host her own show for HGTV, Meg’s Great Rooms, and has starred in specials including “America’s Best Kept Secrets,” “HGTV Home Makeover,” and “America’s Most Embarrassing Living Room.” Meg is also a regular on local Chicago and national television talk shows, including ABC’s Windy City Live, NBC’s Open House, Fox News, and Good Day L.A., and has been featured in national ad campaigns for both Lowe’s and Big Lots.

Meg is currently Executive Producing and Hosting her own show on The Design Network “Welcome Home Angel.” The show follows along as designers transform homes for children that are critically injured, medically fragile, or non-typically developing. The show’s concept was inspired by a nonprofit of which Meg is Vice President. The organization is based in Wilmington, NC, and is currently expanding across the nation. Meg’s love for giving back and helping others started at a young age and was ingrained in her during her time spent at Canterbury School.

With a relentless dedication to improving the lives of others, Nichol Whiteman is the Chief Executive Officer of the Los Angeles Dodgers Foundation (LADF) where she leads the team’s official charity – an award-winning leader in sports-based youth development. Under her leadership, LADF launched Dodgers RBI (Reviving Baseball in Inner Cities), a youth development program serving over 10,000 youth today. As part of its commitment to Southern California communities, the Foundation completed its 50th Dodgers Dreamfield, created a benefit gala, and increased fundraising by 1,000% with Nichol at the helm.

With a degree in Economics from Spelman College, Nichol was the first in her family to graduate from college and has a passion for education, equity, and diversity. Her unwavering dedication resulted in positions in investment management and publishing before beginning a philanthropic career as VP, Western Region of the Jackie Robinson Foundation. As a child of Jamaican immigrants “in search of a dream," she frequently highlights the power of diversity in advocating for resources and opportunities for marginalized populations.

As an African American woman in Major League Baseball, Nichol understands the importance of access. She uses her resources to open doors and opportunities for youth regardless of their roots. In addition to her professional achievements, she mentors countless men and women who she meets in the community.

The New York native has been recognized throughout the industry for her exceptional contributions having earned the 2018 Sports Business Journal Game Changers Award, Anti-Defamation League's 2018 Deborah Award, Ebony Magazine's 2017 Woman Up Award, and The Pink Tea Rose Foundation's 2017 Progressive Leadership Award to name a few. In 2010, Nichol received the Woman of Inspiration Award presented by The Wave. She was also honored by the National Urban League Young Professionals of Los Angeles and the Alpha Kappa Alpha Sorority for her philanthropic and professional endeavors.

A former member of the Executive Leadership Team for the American Heart Association's Go Red Campaign, she also serves on the Women’s Leadership Council and is a member of Women in Sports and Entertainment and LA Community Leaders. Nichol holds positions on the advisory and regional boards of Covington Capital Management, A Better Chance, Inc., New Teacher Center, Davinci Schools, the Los Angeles County Office of Education and the Positive Results Corporation. Additionally, she sits on the board of the Los Angeles chapter of Positive Coaching Alliance.

At Canterbury's 1994 Commencement, Nichol received The Edward F. Mack Award for Outstanding Contributions to the TABARD and The Hubert McDonnell Award for Excellence in the Study of Theology. 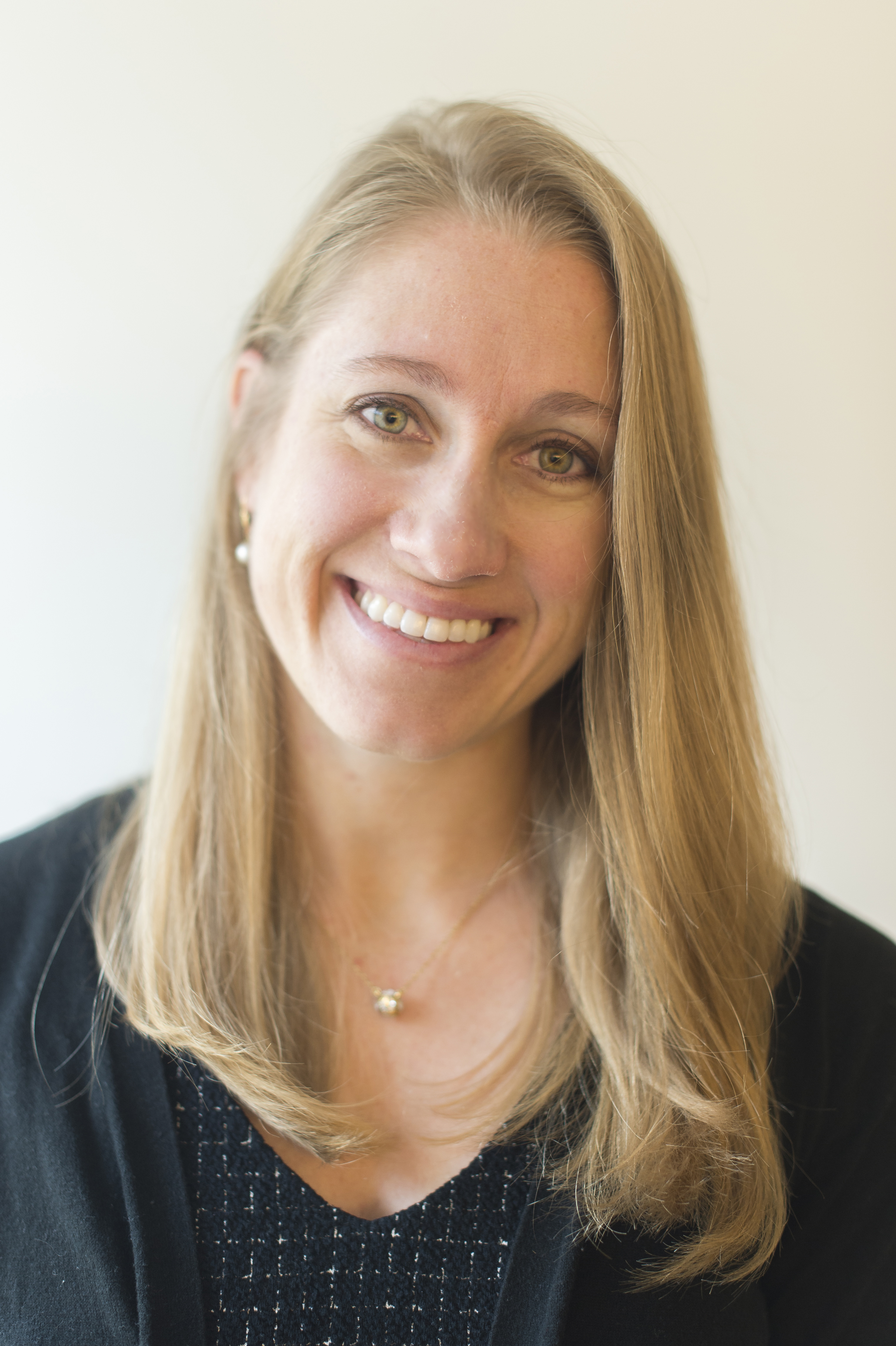 A Connecticut native, Lilly Bertz graduated from Canterbury School in 2003. Her career has focused extensively on public service across the U.S. government.

Lilly currently advises on strategic communications for the Department of Defense’s health enterprise. Her work builds off previous experience with the Department of Defense’s U.S. Southern Command, where she led on strategic planning and communications for global health collaboration with partner nation military and civilian institutions across South America and the Caribbean.

Prior to her work with the Department of Defense, Lilly served as a Foreign Affairs Officer at the Department of State. Most recently, Lilly was a Special Assistant to the Deputy Secretary of State, working to advance the strategic effectiveness of U.S. foreign assistance programs, with a focus on United Nations negotiations of global development goals. Previously, as a Presidential Management Fellow, Lilly worked closely with U.S. embassies across Africa and the Caribbean to address vulnerable populations in the HIV epidemic. Lilly also served in the Secretary of State’s Office of Global Women’s Issues, advising on gender integration across U.S. foreign policy to advance the status of women and girls worldwide.

In 2009, Lilly completed a 27-month Peace Corps service in the West Indies as a community development volunteer and established an orchestra for at-risk youth in her village of assignment. Her experience in grassroots development was a driving force for her ensuing career in the U.S. government.

Lilly holds a Master of Public Administration and a Master of Science in Social Policy from the University of Pennsylvania, and a Bachelor of Arts in Government and Psychology from Dartmouth College. A former track athlete, Lilly competed in the 2016 CrossFit Games. She resides in Washington, D.C. with her husband, Tim (Canterbury ’03 classmate), their English bulldog, Maggie, and their daughter, Meadow Marie.