Duchess arrived at Macalester as an instructor and a visiting assistant  professor in 1994, teaching courses in women’s and gender studies. In 1998, she joined the faculty in political science and African American studies, earned a Juris Doctorate in 2011, and was promoted to full professor in 2013. Duchess was also a founding member of the American Studies department and served as chair for eight years, including as its inaugural chair.

She has taught a wide-ranging breadth of courses, including Foundations of U.S. Politics, Policy Analysis: Health Care in the United States, Black Political Thought, Race and the Law, and The Obama Presidency. Among the things she is most proud of during her time at Macalester are the lifelong bonds she builds with her students in the classroom.

Duchess has advocated on the national level at the Congressional Black Caucus. Locally, she was appointed as a Minneapolis Civil Rights Commissioner by Mayor Sharon Sayles Belton, to the Governor’s Council on Black Minnesotans by Governor Jesse Ventura, to Co-Chair the Statewide Martin Luther King Holiday (twice) by Governor Mark Dayton, and to the Board of Public Defense by Governor Tim Walz.

She has also written a number of acclaimed academic books, and her many accolades include a 2021 appointment to the board of The Kamala Harris Project, a collective of scholars across disciplines who will track all aspects of Kamala Harris’ tenure as the nation’s first woman of color to serve as vice president.

James P. (Jim) Stearns ’66 has spent over twenty years in the field as a humanitarian aid worker, which takes a truly special type of person (the story goes, if you spend two years as a Humanitarian Aid Worker, that is highly commendable). Humanitarian aid workers operate in areas of the world ravaged by war, natural calamities, or man-made disasters. In this role, they work to save people’s lives, ease their pain and suffering, and preserve human dignity.

In two decades, as part of the emergency response team for CARE International, Jim has consistently been among the first on the scene in response to human disaster in some of the world’s most remote areas. He has helped embody the empathetic response to such atrocities as genocide in Rwanda, civil war in Sierra Leone, and the rapid spread of HIV across Africa. The challenges included lack of food and water, lack of medical supplies and facilities, roads that are washed out or closed, language barriers, and the constantly shifting currents of deadly politics. In countless operations, he succeeded in getting the right people and equipment to the right place at the right time and doing so in a manner his colleagues described as masterful, ingenious, and balanced with both great judgment and a healthy sense of humor. Through this long-standing devotion, Jim has saved countless lives, built opportunity, brought hope, and forged a brighter future for many of the world’s neediest people. This type of service to humanity often happens in obscurity.

Entering Canterbury in his Fourth Form, Jim played football, hockey, and baseball. He was also a Boarding Proctor, member of the Bridge Club and the Jazz Club, and was Business Manager of the Cantuarian.

After Canterbury, Jim went to Williams College for his BA and The School for International Training for his MA. In 1999, Jim received the Williams College Bicentennial Medal for his humanitarian service.

Jim and his wife, Janelle, live in St. Petersburg, Florida.

Matt’s primary research interests include the use of antihypertensive therapy for the treatment of diabetic
nephropathy, hypertensive renal injury in African Americans, cardiovascular disease in patients with chronic kidney disease, and mineralocorticoid receptor antagonism to treat atherosclerosis. He has written more than 600 manuscripts and book chapters about these topics. He has edited eight books on topics in nephrology, transplantation, and hypertension and has presented at numerous international scientific association meetings, hospitals, and medical schools.

Matt received his medical degree from the University of Virginia, Charlottesville. He completed his internship and residency programs in medicine at the Waterbury and Yale-New Haven Hospitals in Connecticut and completed his nephrology training at the Brigham and Women’s Hospital, Harvard Medical School, in Boston, Massachusetts. He then moved to the University of Maryland, where he has been a full-time faculty member since 1983.

As a named shareholder of Simmons Hanly Conroy, Paul Hanly is an experienced trial lawyer and litigator who has litigated, managed and tried numerous complex jury cases throughout the United States in virtually all areas of civil litigation for more than 30 years. He is renowned for his exhaustive trial preparation, imaginative trial strategies, nearly photographic memory of the contents of documents and tightly controlled and disarmingly-effective cross-examinations.

For the first 20 years of his career, Mr. Hanly was lead national trial, coordinating and settlement counsel to the world’s largest asbestos company in its asbestos products liability cases; in that capacity he oversaw more than 100 local law firms and handled hundreds of thousands of cases.

In the last two decades, Mr. Hanly has represented plaintiffs exclusively in a variety of mass tort and other complex civil cases and played a leading role in the settlement of thousands of pharmaceutical cases, resulting in recoveries for the firm’s clients in excess of $1 Billion. Mr. Hanly has also represented plaintiffs in financial class actions and mass sex abuse cases. Recently, Mr. Hanly was named as Co-Lead counsel in the national opioid litigation that is pending in Cleveland, Ohio involving claims on behalf of municipalities from across the nation against the manufacturers and distributors of prescription opioid pain medicines; this federal multidistrict litigation is regarded as the largest and most complex litigation in U.S. history.

Paul was the recipient of the 1969 Higgins Award for leadership and contributions in school life at Canterbury’s 1969 Commencement. 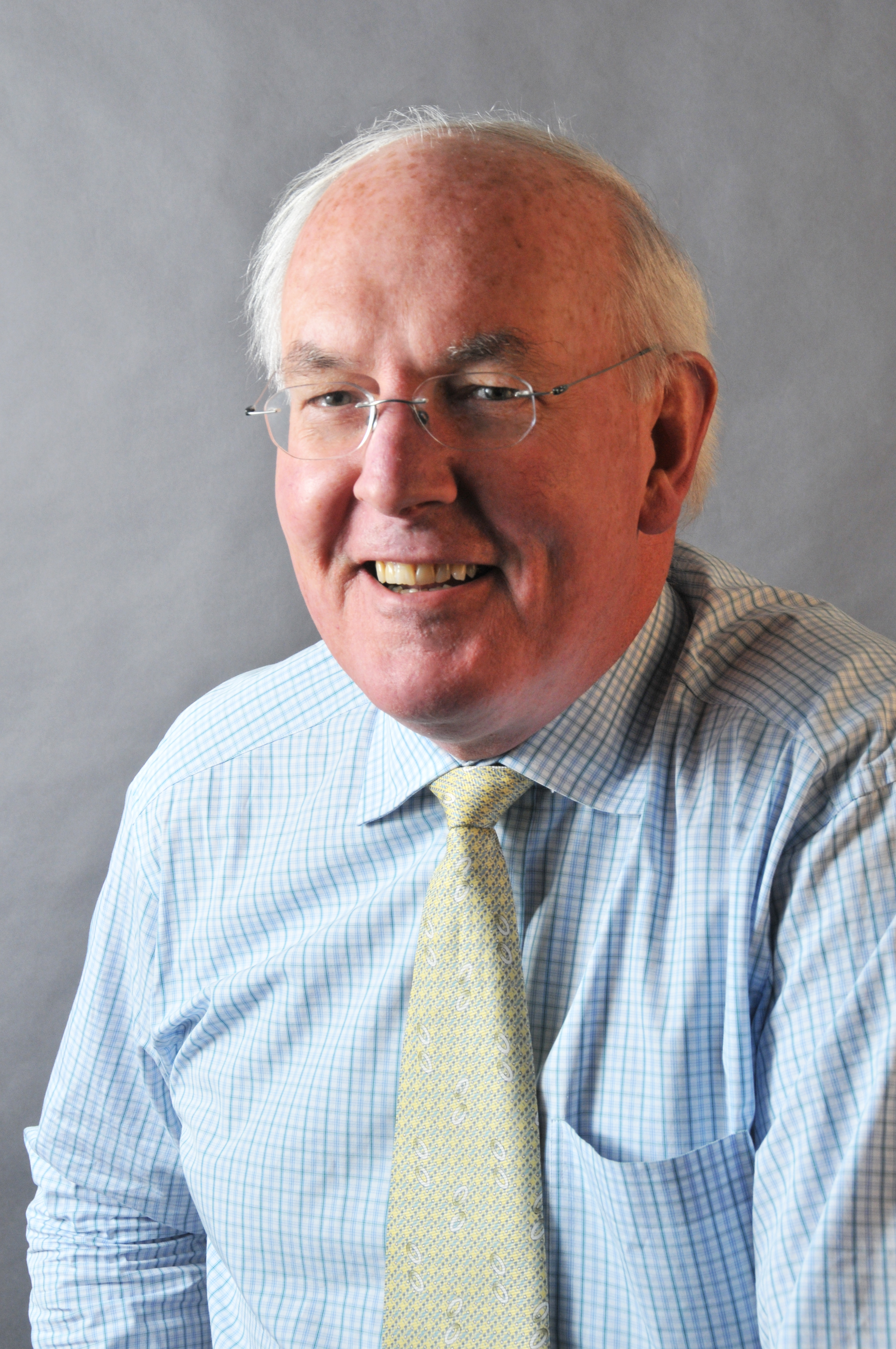 Grandson of the late Canterbury Trustee Carlton J. H. Hayes, a history professor at Columbia University who was United States Ambassador to Spain during World War II, Paul Tucker ’68 sought to follow in his grandfather’s footsteps as a history scholar. The shift to art history came while studying at Williams College under Whitney Stoddard, Lane Faison, and William Pierson, as well as a trip to Florence to study art in his junior year, and a subsequent fellowship at the Toledo Museum of Art. Paul became enamored with Impressionism and Claude Monet during frequent visits to the Clark Art Institute while attending Williams College.

Paul is currently Professor Emeritus at the University of Massachusetts Boston where he taught for 36 years after earning his Ph.D. in the History of Art from Yale University. He also served on the faculties of the Institute of Fine Arts (NYU), the University of California Santa Barbara (USCB), and his alma mater, Williams College.

A specialist in 19th- and 20th- century art, Paul is considered the world’s leading authority on Claude Monet. Paul has written and edited 11 books, curated more than half a dozen international exhibitions, and contributed numerous essays to museum catalogues and art historical publications.

Paul has been honored with many awards and grants, including three Chancellor’s Awards from UMass Boston: one for Distinguished Service and two for Distinguished Scholarship. He was also presented with the Yale Press Governor’s Award for the best book published by an author under 40. He has been heard many times on National Public Radio, and has appeared frequently on morning television programs.

In addition to his scholarly pursuits, Paul served as the President and Chairman of the Board of the Terra Foundation for the Arts and is the founder and Director of Arts on the Point, UMass Boston’s internationally acclaimed collection of public sculpture.

Paul retired from his position at UMass Boston to move to California in 2014. Now a resident of Santa Barbara with his wife, Maggie, he is presently writing a textbook on modern art. 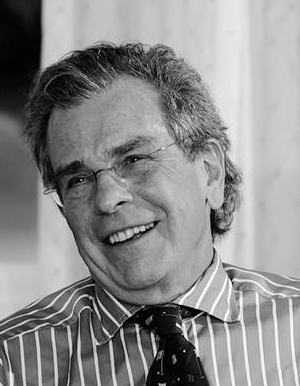 Terry Meehan is the former Chairman of Fleet Meehan Specialist, Inc., the third largest specialist firm at the New York Stock Exchange (NYSE). Terry was key in the formation and integrations of Fleet Boston Financial and the NYSE specialist firm M.J. Meehan & Co. Fleet Meehan Specialist made markets for over 400 listed companies, accounting for 30 percent of the Dow and 18 percent of the NYSE order flow. Terry, a former governor of the NYSE and very active in industry affairs, conceptualized, created and built the Specialist Association at the NYSE and served as its president from 1990 to 1995. He currently holds the position Chairman Emeritus. Terry has served as a Floor Governor on the NYSE and was a member of several NYSE committees and advisory boards.

Presently, Terry is Chairman & CEO of Azimuth Investment Management, a fund of hedge funds, as well as the Chairman of the Board of SupplyPro, an inventory management solutions company.

Terry is active on the boards of Bread for the World Institute and its affiliate, Alliance to End Hunger, as well as the Advisory Board of The Catholic Big Sisters & Big Brothers. He also serves on the Board of Overseers of Harvard College’s Committee on University Resources, is a former regent of Georgetown University, and is a former member of the Corporation Visiting Committee for Architecture at MIT.

Terry holds a B.A. from Georgetown University and a M.Architecture from Massachusetts Institute of Technology. Terry and his family split their time between New York City and Connecticut. His wife, Montie, is a clinical psychologist in private practice. Terry has two sons, one in early college and one who is building a consulting firm, and a stepdaughter who graduated from college two years ago and now works in the banking industry. 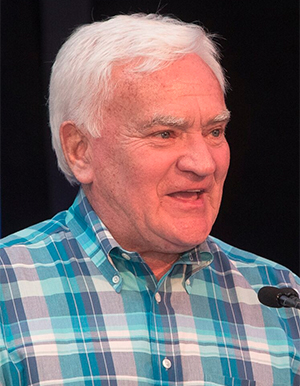 Jim Hayes has enjoyed a distinguished career in a variety of diverse fields: magazine publishing, education, international theatre, corporate management, and the independent sector. In 1959, Jim joined Time Inc. and for the next 23 years, held various executive positions at Sports Illustrated in New York and Detroit. In 1982, he became Advertising Sales Director of Money Magazine and was named Publisher of Discover in 1984 and of Fortune Magazine in 1986, a position that Jim held until retiring in 1994 to enter the independent sector.

A longtime advocate for our nation's children, Jim established the Fortune Education Summit held annually from 1988-1993, which brought together government, business and academic leaders to discuss education reform. He was also a speaker at the 1989 American Bicentennial Presidential Forum - the presidential inauguration of George H.W. Bush.

Jim has served on various boards including the Morehouse School of Medicine where he was Chairman from 1992-1995 and Ashworth, Inc., a leisure wear company. He also served on the Social Advisory Board of the Harvard Business School, as well as numerous community and civic boards.

Jim received his education at Canterbury School, attended Georgetown University, and served for two years with the U.S. Army in Europe. He has three children and six grandchildren. In 2013, he moved to Michigan to work on the revitalization of Detroit creating the Detroit Homecoming, a unique initiative that reconnects Detroit's expat community with their former hometown. Jim has many avocations including being an instrument rated pilot. 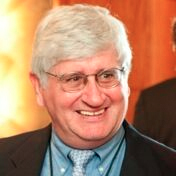 Peter received his M.D. from Harvard Medical School and an A.B. in Chemistry from Princeton University. He began his medical training at Rutgers Medical School.

Peter's current research has focused on the molecular biology of the papillomaviruses, and in particular on the role of the HPV in cervical cancer in women. He is credited with determining the mechanisms by which HPVs contribute to cancer. It has greatly aided our understanding of the cellular mechanisms that result in cancer.

Peter is a member of the National Academy of Sciences, the Institute of Medicine and the American Academy of Microbiology. He has received numerous awards including: the Wallace P. Rowe Award from the National Institute of Allergy and Infectious Diseases, the Warner-Lambert/Parke-Davis and Rous-Whipple Awards from the American Society of Investigative Pathology, and the Paul Ehrlich-Ludwig Darmstaedter Award. While at the NIH, United States Public Health Service, he received both the Commendation and Meritorious Awards. Peter serves on the Editorial Boards of PNAS, Molecular and Cellular Biology, Laboratory Investigation, and the International Journal of Cancer.