Students have the chance to begin to study or refine their skills on an instrument of their choice including guitar, bass, piano, saxophone, violin, cello, trumpet, trombone and percussion.  Students can also take voice lessons. 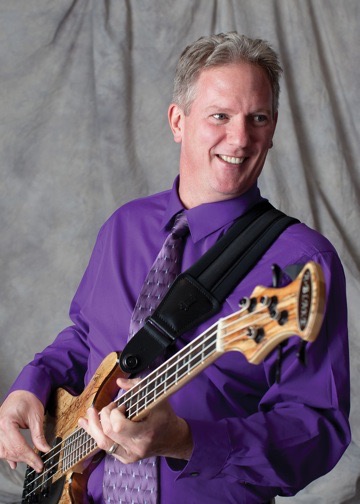 Dave has been an educator, performer, author, clinician, private instructor and bandleader for over 35 years. Dave authored twelve electric bass instructional book, all published by Alfred Music Publishing.  Just a few of the twelve critically acclaimed books are “The Complete Electric Bass Method”.  “Total Jazz Bassist”, “The Total Funk Bassist” “Beginning Bass For Adults”, and “Beginning Blues Bass”, all of which are available from Amazon, Sheet Music Plus, Borders Books, Barnes & Noble, and many other online book stores.

Dave also served as the Director of Bass Department at the National Guitar Workshop from 1983 to 2012, and served as a bass clinician at campuses throughout the country, including Los Angeles, San Francisco, Chicago, Tennessee and Virginia.

From 2002-2006 Dave served as a staff writer for Bass Guitar Magazine, a premier bass guitar magazine published in the UK.  He monthly columns discussed a variety of topics pertaining to the electric bass with the focus on theory and techniques for the modern electric bass.

Dave co-authored an extensive and informative Rock Bass Curriculum for Workshoplive.com, which consists of over 60 streaming video electric bass lessons for students of all levels in a variety of styles and genres. He also recently authored the bass curriculum for the largest after school music program in the country, “School Of Rock”.  The curriculum consists of five 48-page books and is used in all 140 School off Rock locations throughout the U.S, Canada and Mexico.

In addition to performing with his own band Dave has recorded CD’s titled “In the Pocket”, and “2 Hot To Touch”.

Dave recently performed at the Crown of the Continent Guitar Festival in Big Fork Montana and shared the stage with guitarists Pat Metheny and Lee Ritenour.

Dave joined the Canterbury Music Department in 1996 and has served as the Director of Music and Head of Jazz Studies since 2004.  Dave directs the Contemporary Music Band, Jazz-Rock-Pop Ensemble, the Rock Band, and teaches Computer Music, Advanced Music Theory and Jazz Improvisation. 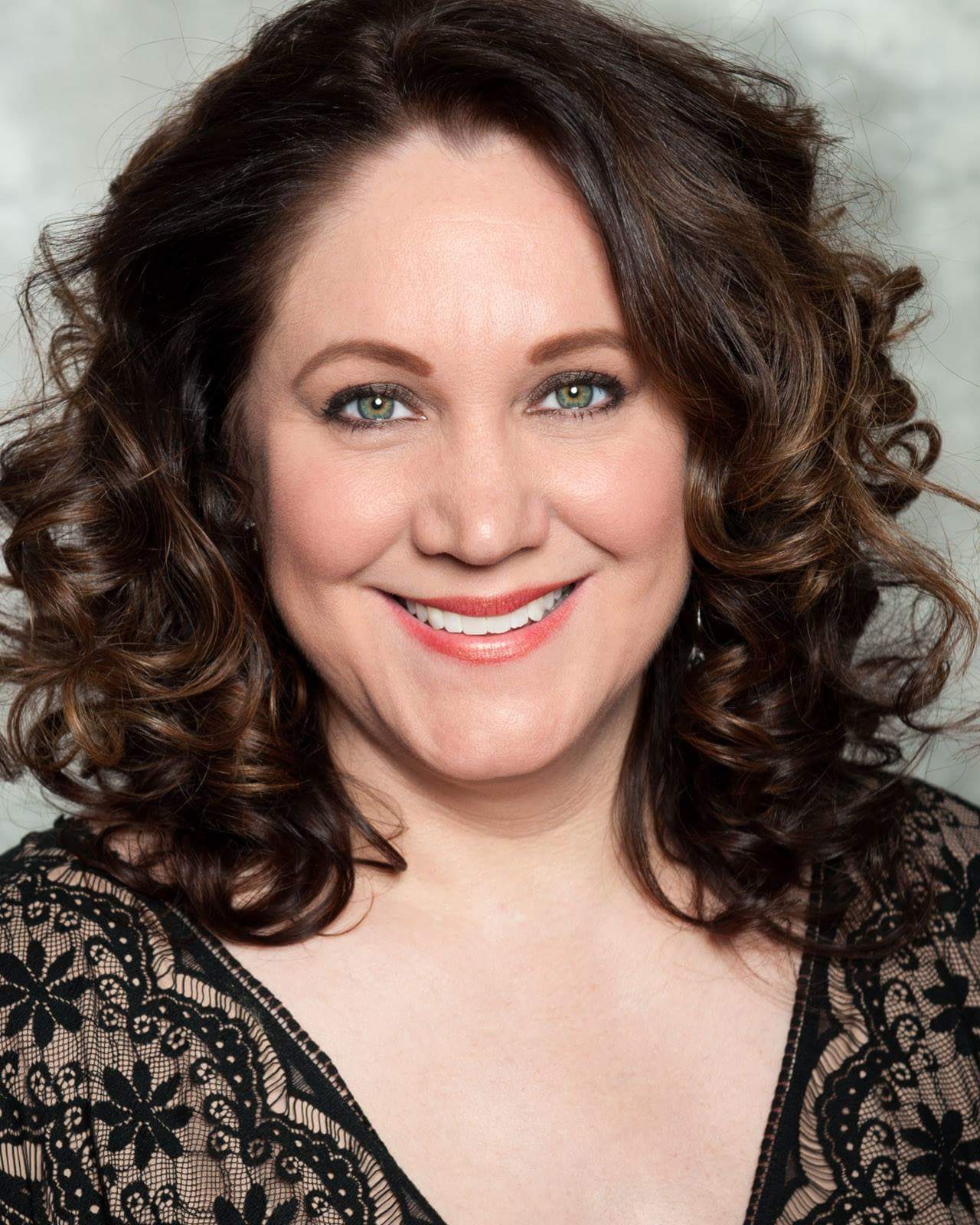 Sarah has spent her entire life as a musician and educator. The daughter of professional musicians, Sarah learned to read music as she learned to read books, starting piano lessons at age four, and singing in her first choir at age five.

Sarah earned a Bachelor of Arts Degree in Music Education with an emphasis on Choral Studies from Lawrence University in Appleton, Wisconsin. While there, she performed in several opera productions, recorded two CDs with the Concert Choir and Jazz Ensemble, with whom she won a Downbeat Award in her senior year! She was named Student Teacher of the Year for the state of Wisconsin in 1992.

Post-graduation, Sarah moved to Chicago where she began her decade-long career as a professional opera singer. She started as a member of the chorus of the Lyric Opera of Chicago, singing for five seasons and performing over 500 times on that stage. During the span of her tenure there, Sarah sang with all of the major artists of the time, including opera superstars Placido Domingo, Renee Fleming, and Dmitri Hvorostovsky. Moving closer to New York in 1998 offered Sarah the chance to develop her solo career, singing with companies such as the Metropolitan Opera Touring Guild, the Sarasota Opera, the Bronx Opera, Connecticut Opera, and the New York Chamber Opera where she sang the title role in the world premiere of “Medea in Exile”. Her career also offered her opportunities to travel and sing in Italy, Africa, Wales, and England.

At the Greater Hartford Academy of the Arts, Sarah established a highly successful Opera Program, a High School Opera Festival (the first of its kind in New England) and an Opera Collaboration with the Creative and Performing Arts High School in Pittsburgh, PA and Connecticut Opera. She directed several Black Box operas and Mainstage Musicals, including “Anything Goes”, “Dessa Rose”,“Regina”, and worked with students to write their own opera, “Opera, Academy Style”.

Sarah was named a Shining Star in Teaching Excellence in 2011.

At the Pioneer Valley Performing Arts Middle and High School, Sarah continued her initiatives by transforming the vocal and choral programs, creating classes and ensembles such as The Singers’ Studio, Vocal Technique, Spectrum A Cappella Ensemble, and developing a four-semester high school music history curriculum still in use today. Sarah continued her directing credits with such shows as “Pirates of Penzance”, “The 25th Annual Putnam County Spelling Bee”, and “Into the Woods”.

Sarah was awarded the Harold Grinspoon Award for Teaching Excellence in 2016.

Now a member of the Music and Theater faculty at Canterbury she is enjoying bringing her decades of experience to her preparing her students for the concert and theatrical stages. Since arriving at Canterbury, Sarah’s initiatives have included creating new ensembles such as Varsity Voices Acapella Ensemble, expanding upon the liturgical music offerings at mass to include a Chapel Choir and student cantors, creating a Carillon Guild to train students to play the bells in our Chapel Tower, and adding a theatrical production to the winter season. Sarah is a recipient of the Rod Clarke ‘46 Endowment to Support Advanced Faculty Degrees and is pursuing a Masters in Theater Education from the University of Northern Colorado.

Sarah is still singing professionally. Her proudest work is as a member of Voce, New England’s Chamber Choir, based out of Hartford, CT. Recently signed with Signum records, the only American Choir on their roster, their new CD, “Blessings”, is already receiving Grammy buzz! Sarah's husband Dylan sings with Voce as well.

Over the years, many of Sarah’s students have gone on to professional opera and musical theater careers as well as becoming successful music educators, teaching all over the world. Of all of her careers, Sarah finds her greatest love is sharing her passions with her students.

As a teacher, he works with the Newtown Shigh School Marching Band, accompanying them to the Rose Bowl Parade, the Citrus Bowl Parade and multiple performances at the St. Patrick’s Day Parade in NY. He also teaches classical percussion and drum set technique in area high schools Region 14, Region 15, Newtown and New Milford,) and has many students performing in Regional and All State music festivals.

Gary Blu graduated from SUNY Binghamton with a degree in music composition, then attended The New School taking graduate courses in commercial arranging and audio engineering.He worked alongside Donald Fagen as assistant arranger and music copyist with The New York Rock & Soul Revue, featuring Donald Fagen, Walter Becker, Michael McDonald, Boz Scaggs, Phoebe Snow, and Chuck Jackson. From 1997 until 2007 he did the same for all of the Steely Dan tours, as well as music copyist for Steely Dan's multi Grammy winning Two Against Nature, and Everything Must Go, Donald Fagen's solo records Kamakiriad and Morph the Cat, and Walter Becker's 11 Tracks of Whack. Some of his horn arrangements can be heard on Steely Dan's CD Alive In America. He was also involved in Steely Dan's Rock & Roll Hall of Fame induction.

Gary also had the pleasure to work briefly alongside the late Gerry Mulligan re-arranging music for Mulligan's tentet. Gary's diverse experience also includes live performances and recordings with many local artists. Other endeavors include the formation of Hybrid Records (which released Bock & Blu's I Hide My Face Like This... and A Bock & Blu Christmas) and Rancho Cucamonga where Gary produces and records local songwriters. Since 2004 he has arranged the annual “A Bock & Blu Concert” which is a fundraiser for the Brookfield, CT District Music Department and features over 200 student performers. Gary was also the 2013, 2014, & 2015 Laurel Music Camp Jazz Band Conductor/Director

Hafez Taghavi is a professional violinist and teacher in Connecticut and New York. Originally from the greater Washington D.C. area, Hafez received his early violin training from Martha Shackford. Later, he studied in the prestigious studios of Ronda Cole and David Strom. Before entering college, Hafez started a widespread performing career, which included concerts at the Kennedy Center, Strathmore Hall, Constitution Hall, as well as a three-city tour in Bolivia. He attended Western Connecticut State University and earned a Bachelor of Music degree in violin performance. While studying under Eric Lewis at WCSU, Hafez maintained the concertmaster position of both the Symphony Orchestra and Opera Ensemble for four years. As a featured soloist with the WCSU Symphony Orchestra, the Danbury News Times described him as a “…promising, talented soloist.”  Hafez then completed his Master of Music degree at the conservatory at Purchase College, studying with Calvin Wiersma. While pursuing both of his music degrees, Hafez received extensive chamber music coaching from the Manhattan String Quartet. Through this relationship, he was invited to play at workshops in New York City, Colgate University, as well as internationally in Vienna, Budapest, Salzburg, and Leipzig. Outside of chamber music, Hafez has performed with the Ives Symphony orchestra, where he has sat as Principal 2nd and Associate Concertmaster. In addition to classical music, Hafez actively plays in a wide variety of other genres. This includes performances with the band Lez Zeppelin, country recording artist Ashton Shepherd, Moroccan folk singer Saida Fikri, and a live performance on Connecticut’s i95 rock station. He can also be heard on the soundtrack to the documentary, Enquiring Minds, and a trailer for the critically acclaimed computer game, World of Warcraft.

Hafez is currently a professor of violin and chamber music at Western Connecticut State University and is Director of Orchestra and Chamber Music at the Canterbury School. He also maintains his own private studio in Danbury, CT. Hafez is a member of the Lotus Chamber Music Collective, the Deming Quartet, and also participates in many non-profit functions, most notably, as the musical director of the Families United in Newtown organization. Hafez plays on a contemporary Italian violin by Laura Vigato and an antique French bow by Joseph Alfred Lamy. Outside of music, Hafez enjoys soccer and all food.