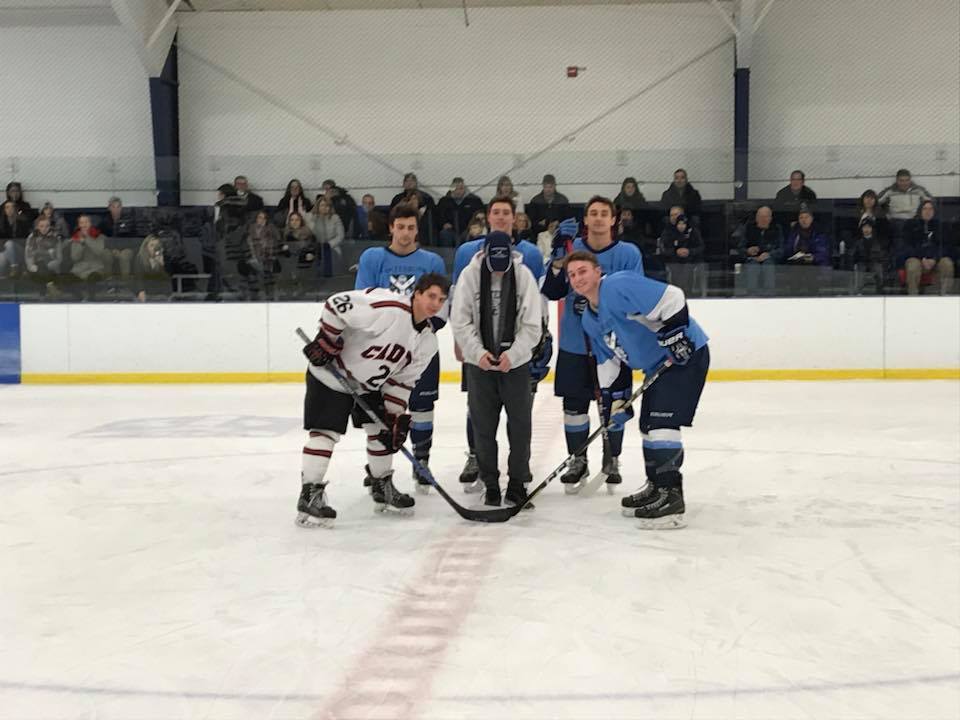 On Saturday, January 13, the Boys' Varsity Hockey team hosted their annual fundraiser, an event during which the team selects a cause to support and solicits donations from the Canterbury community and beyond. This year, the team selected the ALS Association.

"The team wanted our fundraiser to directly benefit research that will help us better understand ALS," remarked captain Quentin Silverio '18. "We also wanted to support people who are living with the disease or are close to someone living with it." The original fundraising goal was $1,000 but, in partnership with MidCoast Crossfit and Tony Silverio, father of Quentin, the team hit $4,407.

Paul McCluskey, father of Jack McCluskey '20 and a member of the Varsity Hockey team, dropped the game puck. He was invited to meet with the team in the locker room before the game to speak to his experience as an individual living with ALS. "It was eye opening for our entire team," remarked Silverio. Mr. McCluskey was then invited to join the team during the game.

"There are many moments that make my heart happy as the director of community service, and the BVH team fundraiser is definitely at the top of them," notes Keiko Mathewson. "The boys organized the raffles and all that went with bringing awareness to this important cause, ultimately raising $3,207 more than their original goal. The boys' drive and dedication to make this a success was truly inspiring, and I am so proud of them."