Commencement Celebrated on Friday, May 25 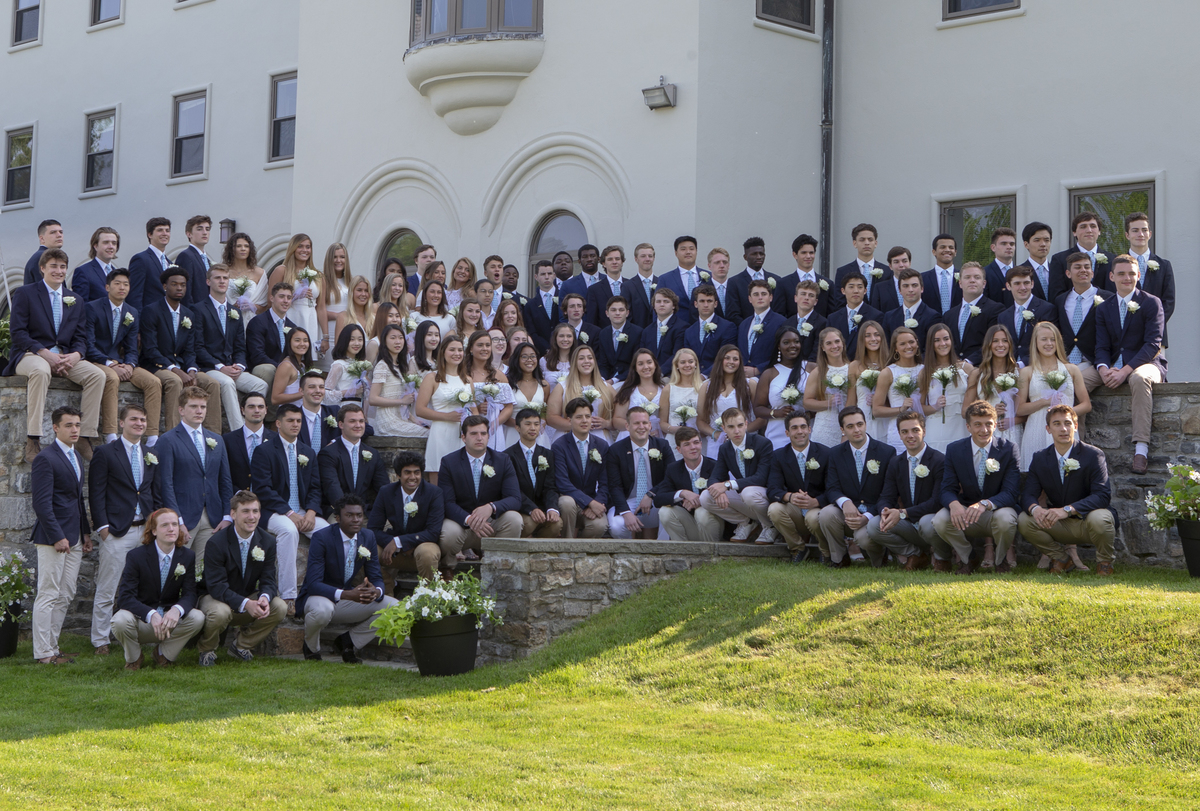 With Commencement looming on the end-of-the-week horizon, during their final week on campus as students, the Sixth Form class was consumed with weeklong preparatory events — some honored traditions, some new celebrations. Tuesday evening was Prom, an annual event, hosted at the Ethan Allen Hotel. Wednesday's Spring Carnival, food trucks included, brought the entire community together out on the fields for food and fun while the Sixth Form continued the day's celebrations with an evening rock painting ceremony. Thursday, the Sixth Form's last full day as students, brought an night of reminiscing around a fire pit before Friday morning's Commencement.

Underform students lined the sidewalk from Sheehan House to the Chapel as the Class of 2018 processed up to the hill for their baccalaureate Mass, some cheering on their Sixth Form friends, others giving a teary-eyed hug. Baccalaureate was followed by the mid-morning Commencement ceremony and distribution of the diplomas on the Sheehan lawn.

Bella Papov '18, the class valedictorian, delivered the student keynote address. She was presented with the Roderick Clarke '46 Distinguished Academic Achievement Award at Thursday evening's prize assembly. Victoria Bundonis Rovin '81, the invited Commencement Speaker, imparted advice to the Class of 2018, "Define success in your own way, and hold fast to what you are passionate about."

Julio Omaña, a 26-year veteran of the Language Department, received the J.P. Mandler Teaching Award. Sue Roberts, Associate Head of School for Academics, addressed the Sixth Formers, noting, "this year's recipient has pushed you to step out of your comfort zone, engage in the world around you, and to take care to consider the perspective of others." Julio, recently named the Director of International Studies, leads several abroad immersion programs for students over the summer.

Graduation Awards were also presented to the Class of 2018. Quentin Silverio and Gillian Schullery received the Robert M. Steele '72 Scholar-Athlete Trophy. Gabriella Vitelli was awarded the Elizabeth (Betty) Burke Award for the Sixth Former whose time at Canterbury has been marked by cheerful determination to serve God and others. Jordan Perez was named the Class of 1987 Citizenship Award-recipient for his role as the Sixth Former who, in the judgement of peers, has best fulfilled obligations to the School, fellow students, and self.

The presentation of awards concluded with the naming of the Dr. Nelson Hume Award-recipient, given this year to Jeaneville Quaye, as the Sixth Former who leadership, character, and achievements have been of the highest order and whose performance embodies the ideals of the founding headmaster.

Following Commencement and the week's packed activities, Sixth Formers and their families enjoyed final on-campus moments with friends and faculty before departing as alumni.