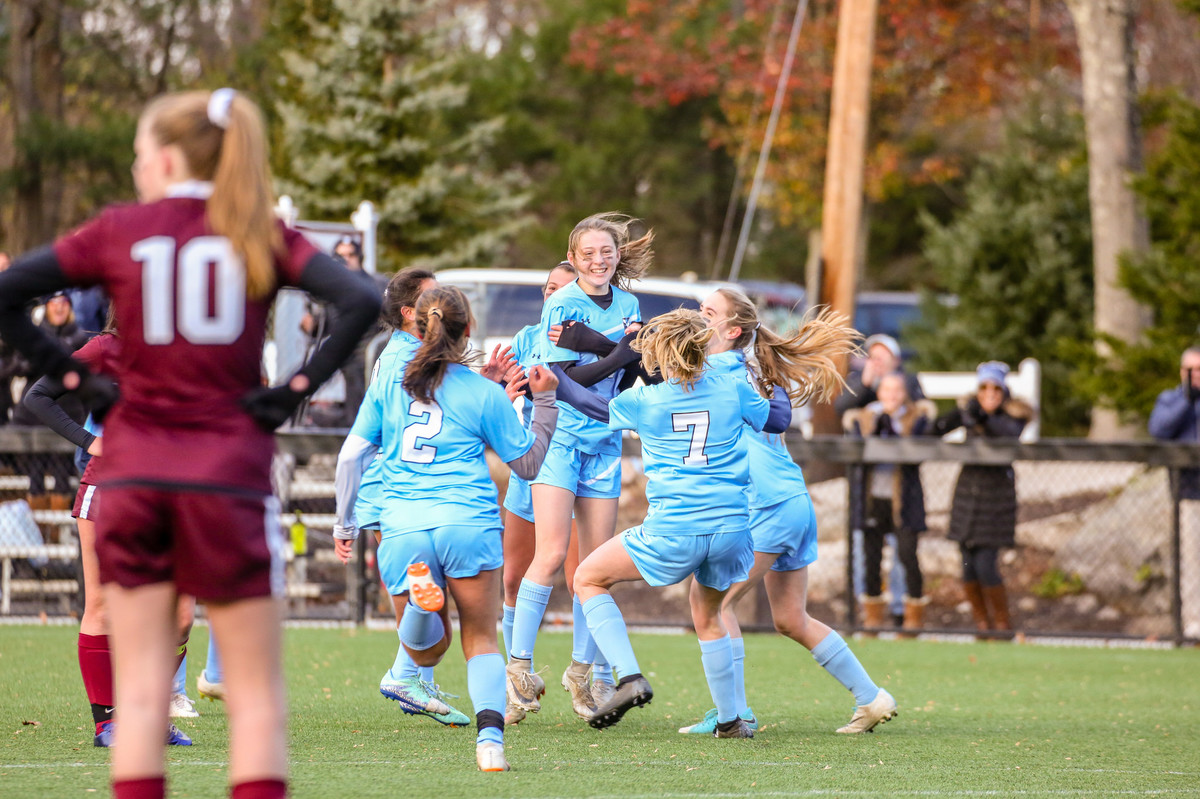 While the regular season for fall athletics came to a close officially on November 10 (Gunnery Day), three varsity teams progressed to post-season tournaments before students departed for the Thanksgiving Break.

Saints Soccer fought valiantly for two 40-minute periods against the St. Luke's Storm. While the team had previously been defeated by the team 0-2 during the regular season, Canterbury came out as a formidable challenger for the undefeated Storm. Ella Oecese '21, assisted by Ali King '22, Tori Gioiele '22, scored two goals in the first half. While St. Luke's was up by one with five minutes to go in the second half, Ella again landed a beautiful strike in the net and brought the game into overtime. While St. Luke's won 4-3 in overtime, the Saints played incredibly well and ended their season on a strong note. "It's really exciting that the team made the tournament for the first time in over a decade," noted Head Coach Sam Hargrove. "The girls should be really proud of their efforts and be proud to go up against a tough opponent. We are thankful for all the support we have gotten from the Canterbury community."

Similarly, Saints Field Hockey travelled to Simsbury, CT, to compete against Ethel Walker for the quarterfinal game on a particularly freezing Wednesday afternoon. While the Saints were defeated by Ethel Walker 2-1, Canterbury competed well and was a formidable challenger throughout both halves. The Saints had control of the game for the final 15 minutes of the second half, taking command of their offensive circle with several corners; however, the team could not finish with the ball in the net to tie the game. Co-captain Jami Procanik '19, the Saints goalie, had a tremendous game for Canterbury as did midfielder and co-captain Maddie Hackett '19.

"Though making it to the postseason was certainly exciting, it was made more rewarding by the growth and the coming together the girls did over the three months we had together," remarked Head Coach Madelaine Lord. "The players' ability to trust each other through process allowed them to make it to playoffs and ultimately become a team with a promising future moving forward. We were lead by some great Sixth Formers who have left big shoes to fill, but we are so thankful to have had them as role models this year."

While the season just ended, both the Field Hockey and Soccer teams are looking forward to coming out strong next fall to earn placement in the postseason tournament again. Soccer ended their season 10-5-1 and Field Hockey 9-6-1.