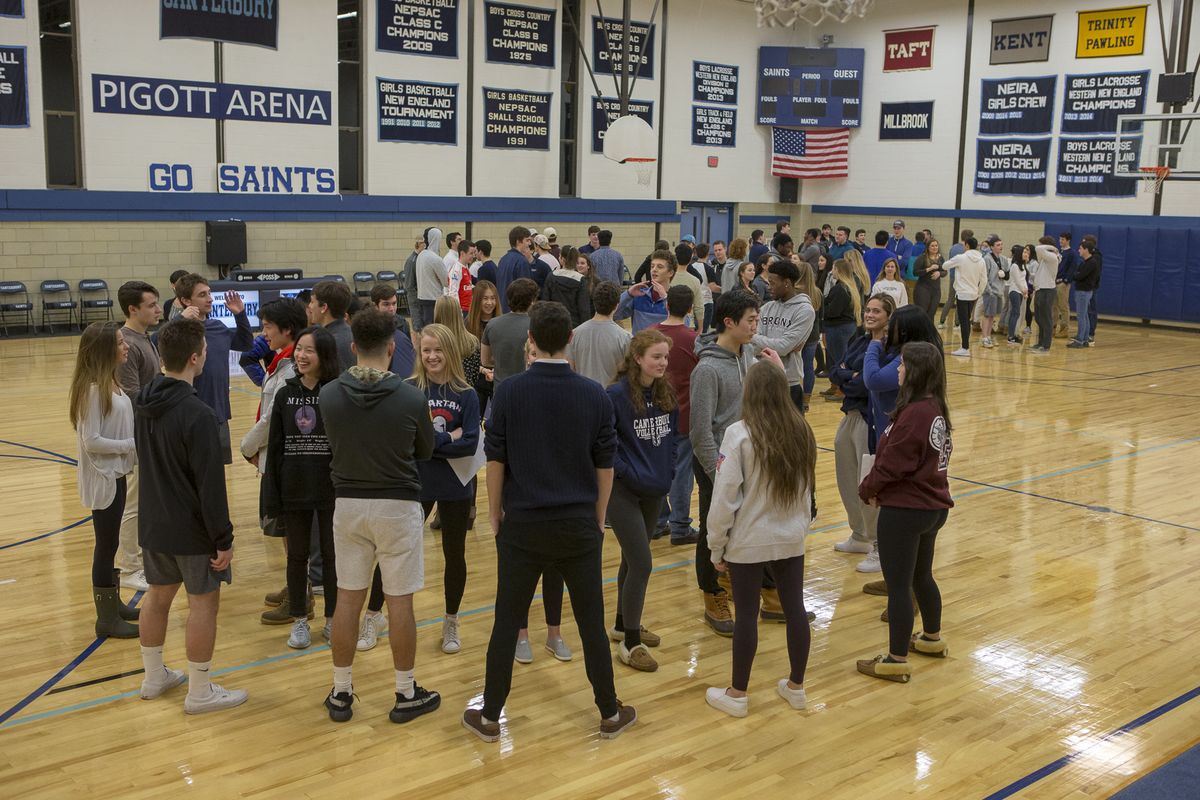 The past two weeks, the Fifth and Sixth Forms gathered as distinct classes to reflect on their growth at Canterbury. Hosted by the Theology Department, both Form retreats included a Mass in the chapel, guest speakers, and time for snacks and conversation. The Fifth Form retreat centered on servant leadership, whereas the Sixth Form Retreat was focused on transition and change.

Raheem Logan '12 returned to campus for the Fifth Form Retreat to discuss his experience as a student, emphasizing a struggle he faced when considering whether or not to continue playing squash. "Raheem's talk was very thought-provoking for me because it was about following your heart instead of doing what you think others want you to do," noted Jess Garcia. "This resonated with me and I think my classmates, as well."

Raheem also addressed what it means to him to be a servant leader. "For me, the definition of servant leadership is the desire to serve others first," relayed Logan to the Fifth Formers. "However, you have to be in the right place... in order to be in a position to serve others. If you're not right from within, you're not able to put your best foot forward to serve others." By outlining his journey from playing squash to then quitting and ultimately re-joining the team his last year at Canterbury, Logan concluded that to best serve others, it often means doing what you love - and what is best for you - first.

Similarly, following activities in Pigott Arena and Mass in the chapel, the Sixth Form gathered to listen to the experiences and thoughts of their fellow classmates. Four-year "diehard" students and one-year seniors alike spoke about their Canterbury memories and addressed the uncertainty that will be coming next for the entire Form. Anna Oeser '18, Will Dowler '18, Jeaneville Quaye '18, and Reilly Curtis '18 presented "Chapel Talks", alongside the sacristans and additional student leaders.

Students from both Forms remarked that the retreats served to center them and their classmates during this often hectic and sometimes stressful time of year. "The Retreat really made our group reflect about our life choices and what is important [to us]," remarked Rachael DeLong '19. "It helped us think about where we are and where we want to be."