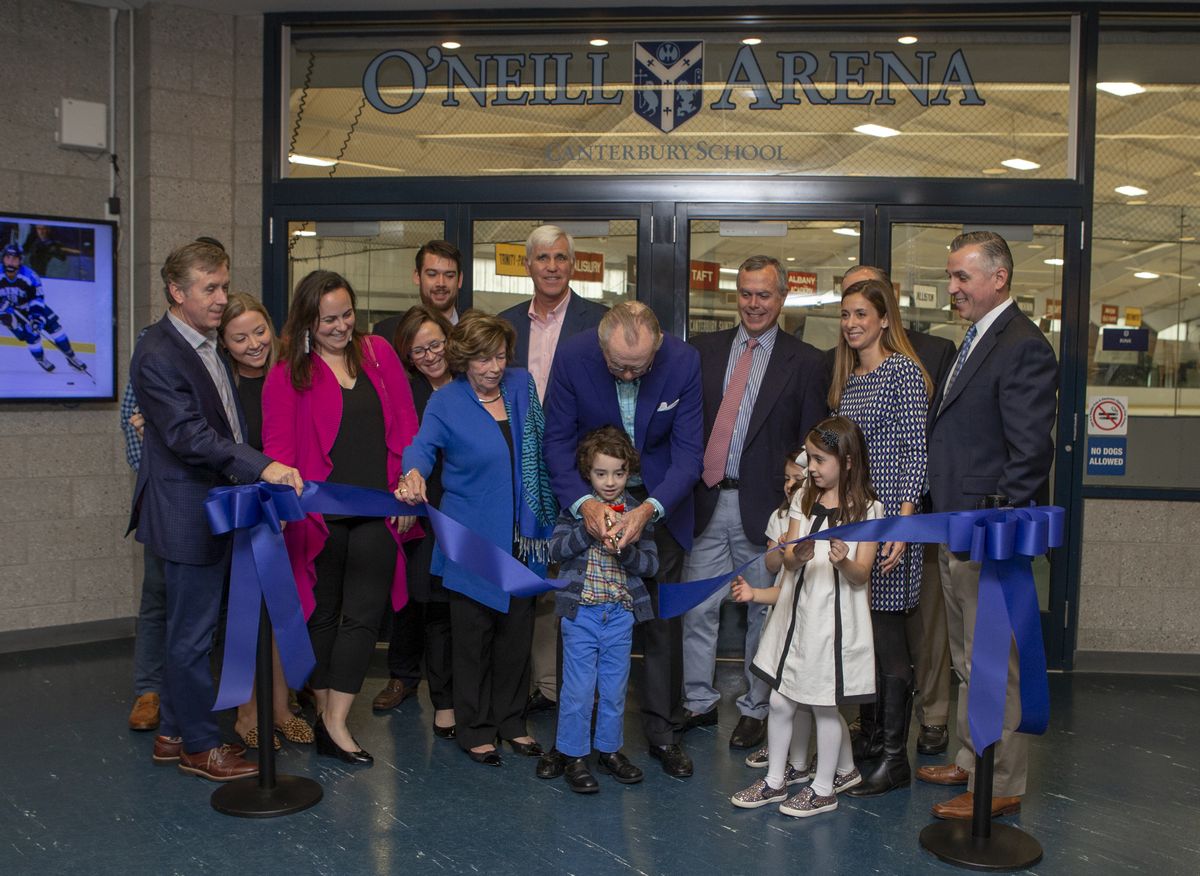 Following a combined 57 years of service, Jim Briggs '56 and John O'Neill '57 have retired from their respective roles on the Canterbury Board of Trustees. While John stepped down officially at the end of the 2016-17 academic year, his commitment was memorialized with a ceremony this past weekend.

Jim Briggs, who served on the Board for 25 years, was honored at a dinner on Friday evening, May 18. His Class of 1956 best friend, Christopher "Toby" Smith '56, delivered remarks to the group of gathered Trustees, faculty, and family. Board President Bob Steers '71, P '11 also spoke on Jim's behalf. "There are few families with the same widespread impact as the Briggs family. Indeed, they bleed blue." Many of Jim's family members were in attendance at the dinner, including several generations of alumni.

Jim was a faculty member at Canterbury for seven years following his graduation from Williams College. While he taught in the History Department and was an academic buff, he was also known to have instilled a strong sense of moral values in his students and a sturdy foundation for essay writing, a legacy of which carried his pupils though life. Following Canterbury, he continued his work in the education-sphere and coached baseball at Williams College. Jim has been instrumental in Canterbury's alumni engagement over the last quarter century.

John O'Neill, who retired from the Board in May 2017 following 32 years of dedicated service, was celebrated at the dedication of the O'Neill Arena, named in his honor. As one of the most widely used and acclaimed facilities on Canterbury's campus, it was only appropriate that John's family name be associated with the rink. While John noted that he did not play hockey while at Canterbury, his family — including children and grandchildren — are entrenched in the hockey world.

John's commitment to the Board for over three decades has been monumental. As Bob Steers '71, P '11 noted at the Dedication, "[his] invaluable wisdom made an impression on everything from development to athletic and academic programs." John's son Eric carried on the O'Neill legacy at Canterbury, a graduate of the Class of 1989. Eric, as well as many members of John's extended family, returned to campus for the Dedication in celebration of John's impact.