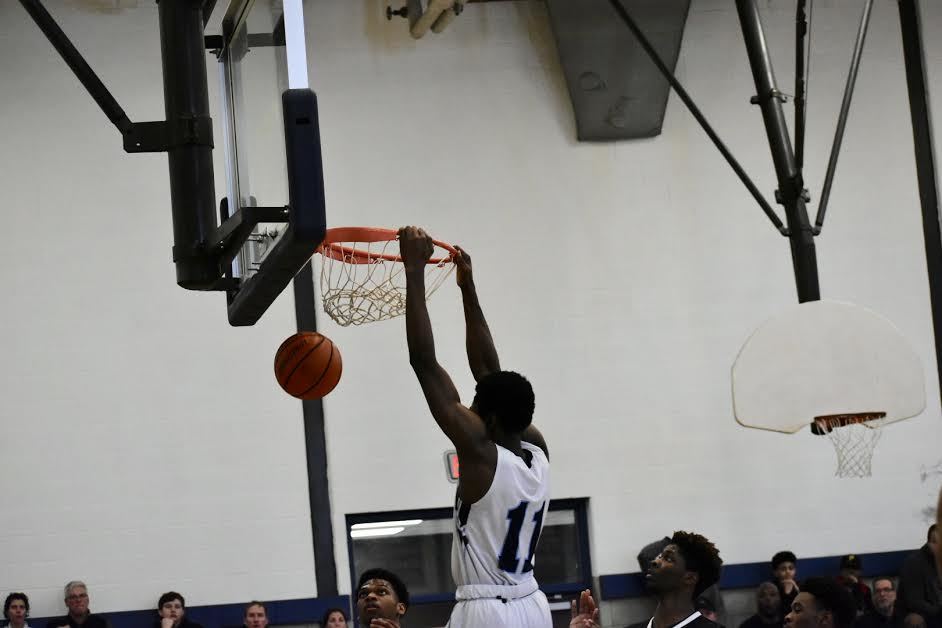 Manny Ansong '18 was scouted from thousands of high school athletes to participate in a four-week and 16-player bracket for the opportunity to compete at the National High School Slam Dunk Championship. If voted to the number one spot after four weeks of elimination through popular vote, he will fly to San Francisco to compete in the National High School Slam Dunk Championship against some of the top basketball players in the nation.

"It's really exciting and well-deserved for him," notes head coach Brian Baudinet. "These [scouts] scoured countless video shots of high school basketball players, and they chose Manny to be in this select group of sixteen out of hundreds of players."

Canterbury rallied behind Manny to push him through the first week of voting in order for him to advance to the second round. Students and faculty spent the first minute of each school meeting voting on their phones and passing the message along to family and outside friends. When his advancement through the first round was confirmed on Tuesday, classmates stormed his Architecture class in excitement. "I want to thank you all for caring so much about this," announced Manny at School Meeting. "It means a lot to me, and I hope I can represent you at the championship."

Manny now competes in the quarterfinals for a chance to advance to the semifinals, and then the final round via popular vote. So, to vote for Manny everyday on every device you have, visit highschoolslam.com.