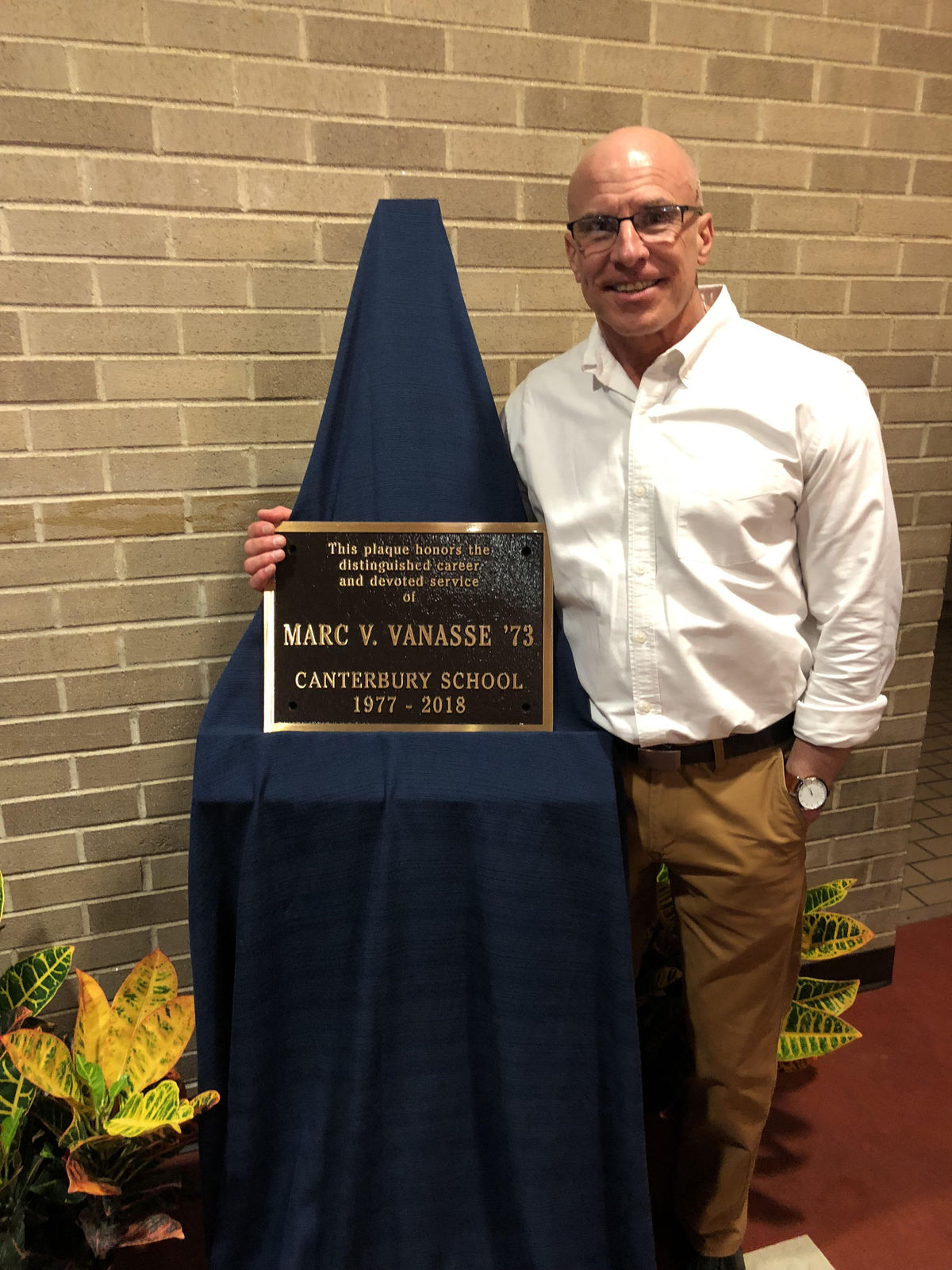 Following 41 years of dedicated service, Marc Vanasse '73 retired from his role as Canterbury faculty at the end of the 2017-18 academic year. Marc has been involved with Canterbury for 58 years, originally as a faculty child, then as a student, alumni, and esteemed member of the faculty for over four decades.

Marc moved to New Milford with his parents when he was five years old. His father taught languages and all five of the Vanasse children attended Canterbury. Marc, the oldest, graduated in 1973 and returned to work at the School in 1977. He was hired as an intern, performing a variety of miscellaneous jobs, and transitioned to a full-time faculty member in the English Department the following year.

Over the last forty years, Marc has served as the Director of Communications, Director of Publications, editor of the PALLIUM, school photographer, faculty advisor to The Cantuarian, faculty advisor to the Carillon, and faculty in both the English and Fine Arts Departments. He taught Fourth Form English, Sixth Form English, Introduction to Literature, American Literature, and Journalism. He led Modern Drama, American Film Studies, Genre Studies in Film, Intro to Black and White Photography, and Intro to Digital Photography. He has directed dozens of plays, musicals, and one-act scenes. As a faculty kid, student, and teacher, he lived in Havemeyer, Carmody, Sheehan, Duffy, and Ingleside. He coached Varsity Football and played fourths basketball. He received the Duffy Grant to travel to Sicily, Italy in 2009 and traveled to Haiti on a School-sponsored missions seven times. He has been on the Lourdes, France trip 23 out of 25 occasions, accompanying 23 years of students and faculty on the momentous pilgrimage.

In each of his roles, Marc has stepped up when Canterbury needed him and has raised the profile of the School through his constant efforts. With his deep-rooted perspective and nuanced background, Marc has become the unofficial messenger of Canterbury tradition and purveyor School culture, and Canterbury is endlessly appreciative of his service.

Marc was honored at the end-of-the-year Faculty and Staff party at O'Connor House and celebrated his 45th Alumni Reunion with the class of 1973 this past weekend.