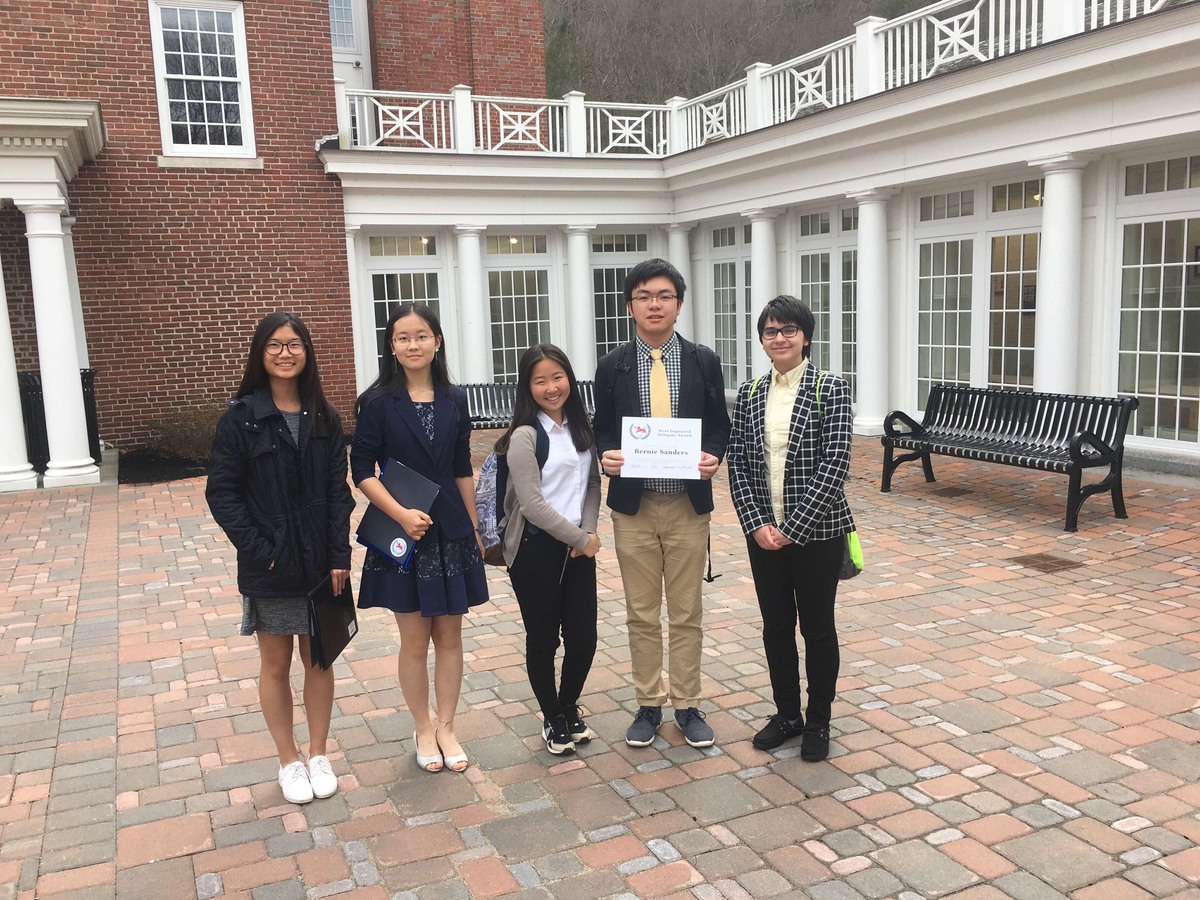 At the Kent School Conference (KSMUN), Canterbury joined delegates from Kent School as well as Brewster Academy, Westover School, and Millbrook School for a full day of conference and debate. Canterbury was represented in two committees: the Executive Committee and the United States Senate Committee on Environmental and Public Works.

Sabrina Capodicci '20 and Joyce Gao '20, better known as McGeorge Bundy and Paul Nitze, respectively, participated in the Executive Committee during which delegates argued the Cuban Missile Crisis of 1962. Both Canterbury delegates deemed the Committee meeting a success as the missiles were removed from the island through careful negotiations with the U.S.S.R.

"It's been my greatest pleasure and greatest challenge to lead the Model U.N. this year," remarked student leader Sabrina Capodicci '20. "Going to the Kent conference was the culmination of a year's worth of effort from each member. Seeing how much everyone enjoyed it made it all worthwhile."

CSMUN prepares for a new year of challenges and successes as students return to campus next fall, ready to attend several university-level conferences.