Peter and the Starcatcher Produced at Canterbury 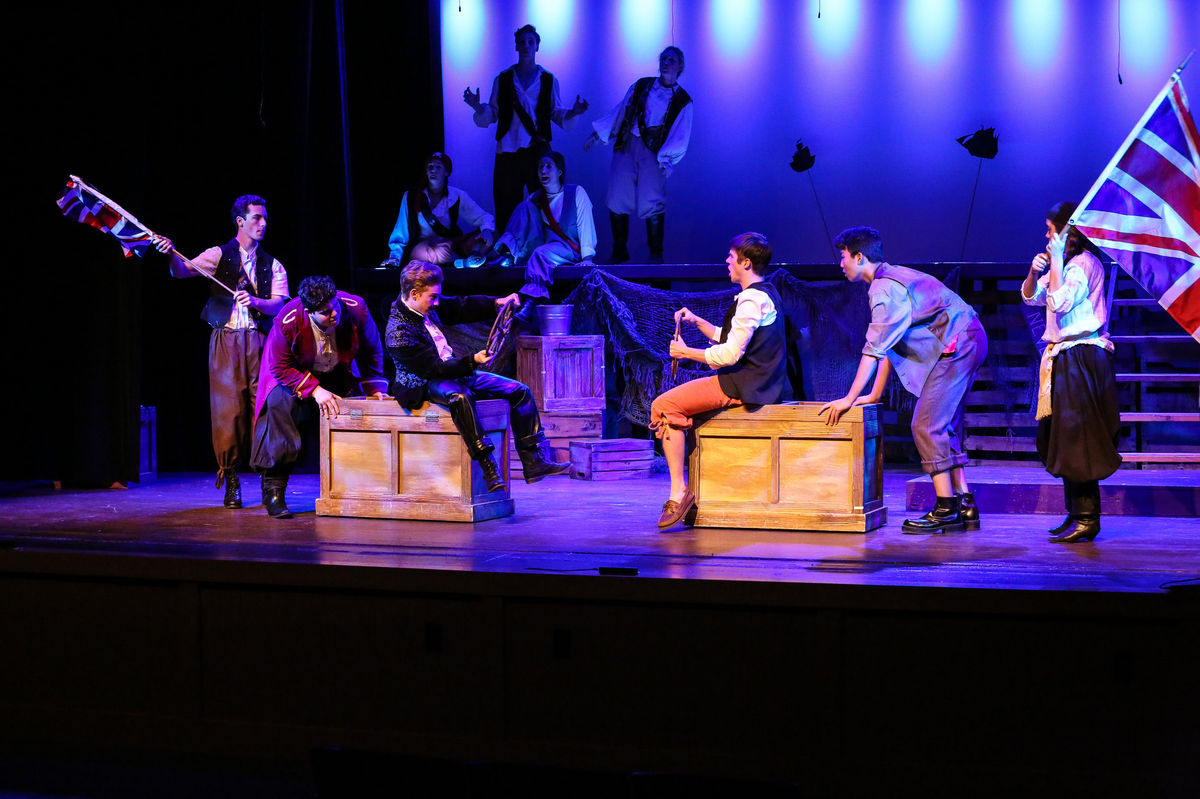 "This story of how Peter Pan came to be is full of magic, madcap adventures on sea and on land, and a series of hilarious events that lead us to Neverland and the Boy Who Wouldn't Grow Up," continue Sarah and Keiko. "As the shimmer of fairy dust and tinker bells fill the air, this play and our Canterbury players invite you to enter the magical kingdom of your own imagination where boys can fly, mermaids exist, and having faith is having wings."

With bravo and elan, the student-actors brought well-known characters, like Captain Hook and Tick-Tock the Crocodile, to life on the stage, weaving in the story of how their fictional personalities arrived at their magical beginnings.

"The cast and crew of Peter and the Starcatcher were an absolute dream to work with," noted Sarah upon the conclusion of the performance. "They rose to every challenge, were relentless in their pursuit of excellence, and brought extraordinary humor to every rehearsal and performance. I am so incredibly proud of each and every one of them and can't wait to work together again on the spring musical."

With the fall production over, the winter performance, Boxes, will begin auditions and rehearsals as soon as students return from Thanksgiving!