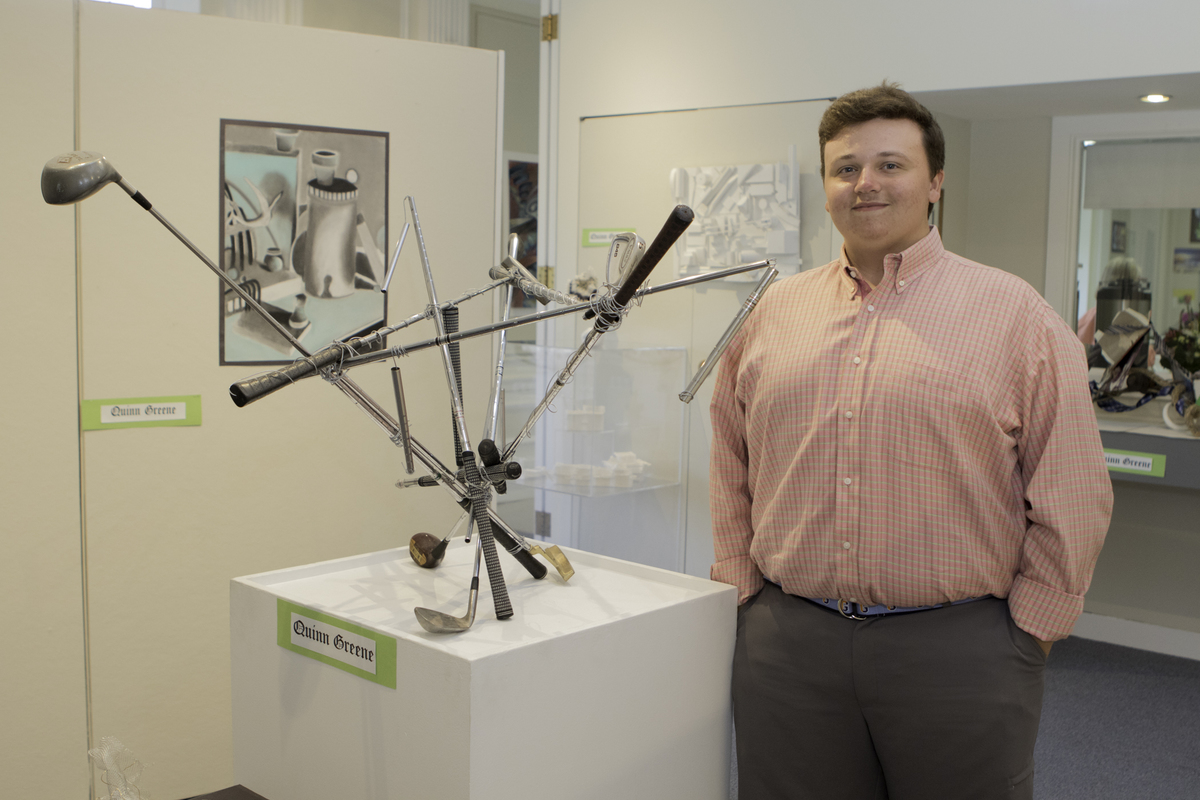 Quinn Greene, Canterbury Class of 2017 alumnus, beat out five recruited players to join the Gettysburg College Golf Team 2017-18 roster. While at Canterbury, Greene played every match during his four years as a student, an impressive feat recognized by his coach, Robert Potter. Greene always sought out summer tournaments to further refine his skills and compete during the off season.

Greene has already shown his talent and dedication to the sport at Gettysburg, competing for the Bullets during their first tournament of the season at the Penn State Harrisburg Invitational. As Coach Potter put it, "Greene shot well to get into the lineup and played well during this first tournament to secure his spot as a strong member of the team." Greene increased his athletic prowess throughout the last two months, ending the fall season by turning in a 70 on the second day of the Randolph-Macon Tournament - his best day by two strokes. Greene also led the team at the McDaniel College Mason-Dixon Collegiate Classic, shooting a 72 on the second day of the tournament.

Captain of the Canterbury Golf Team his senior year, Greene was a "quiet leader", says Coach Potter. He guided the team through his commitment to the practice of the sport. "Quinn always loved the game, and it was that love that drove his dedication to golf, helping him to become better and better each year." Potter remarked that he would not be surprised to see Greene leading the Gettysburg team by his senior year. "I expect he'll be number one even after just a few seasons." Even after the first few weeks, Greene is definitely on his way there.