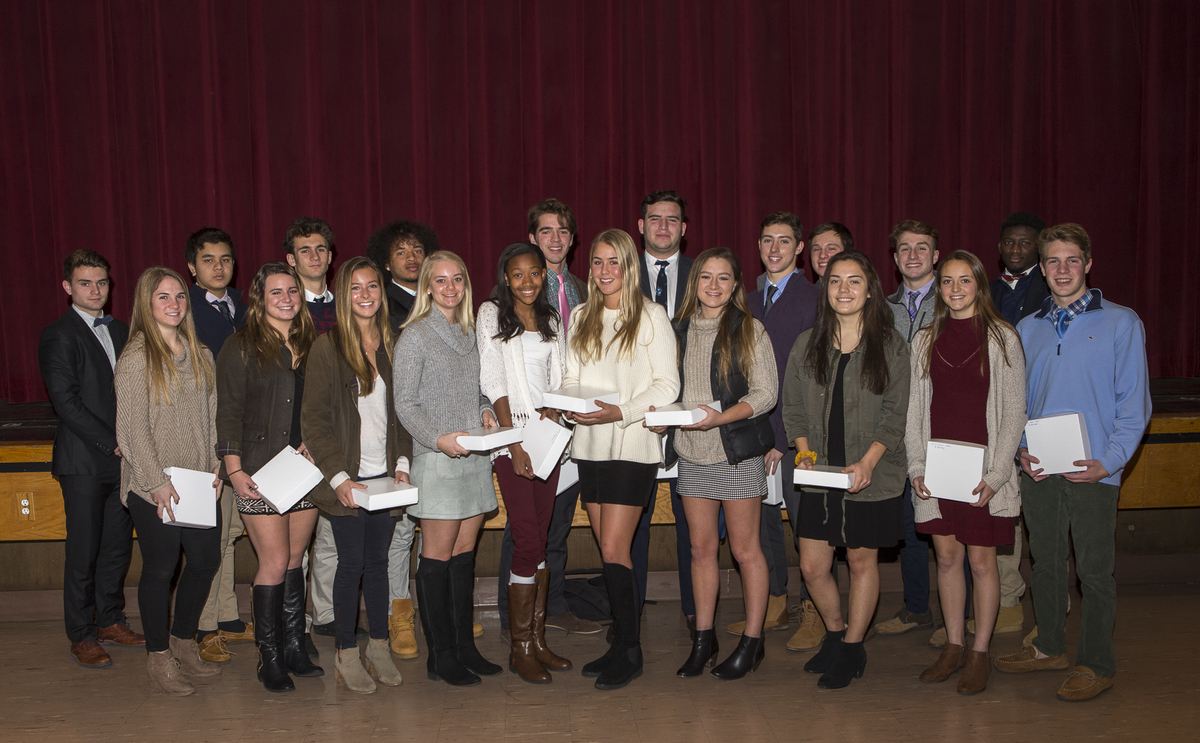 Canterbury gathered on Thursday, December 7, to honor the athletes who made outstanding contributions to their varsity team during this past fall season.

Coach Soifersmith presented the Volleyball MVP Award to Coco Booth '19 and Lilly Hoeniger '18 and the Coach's Award to Chamonix McAdam '18.

Coach Ganow presented the Boys' Soccer MVP Award to Connor Amsley '18. The C.T. Fisher '72 Soccer Award, presented to the soccer player who has made the greatest contribution to the program, was awarded to Steven Sigillito '18 and Alex Navarro '18.

To view photos of the award recipients, please see our Flickr here.