School Gathers to Honor the Memory of 9/11 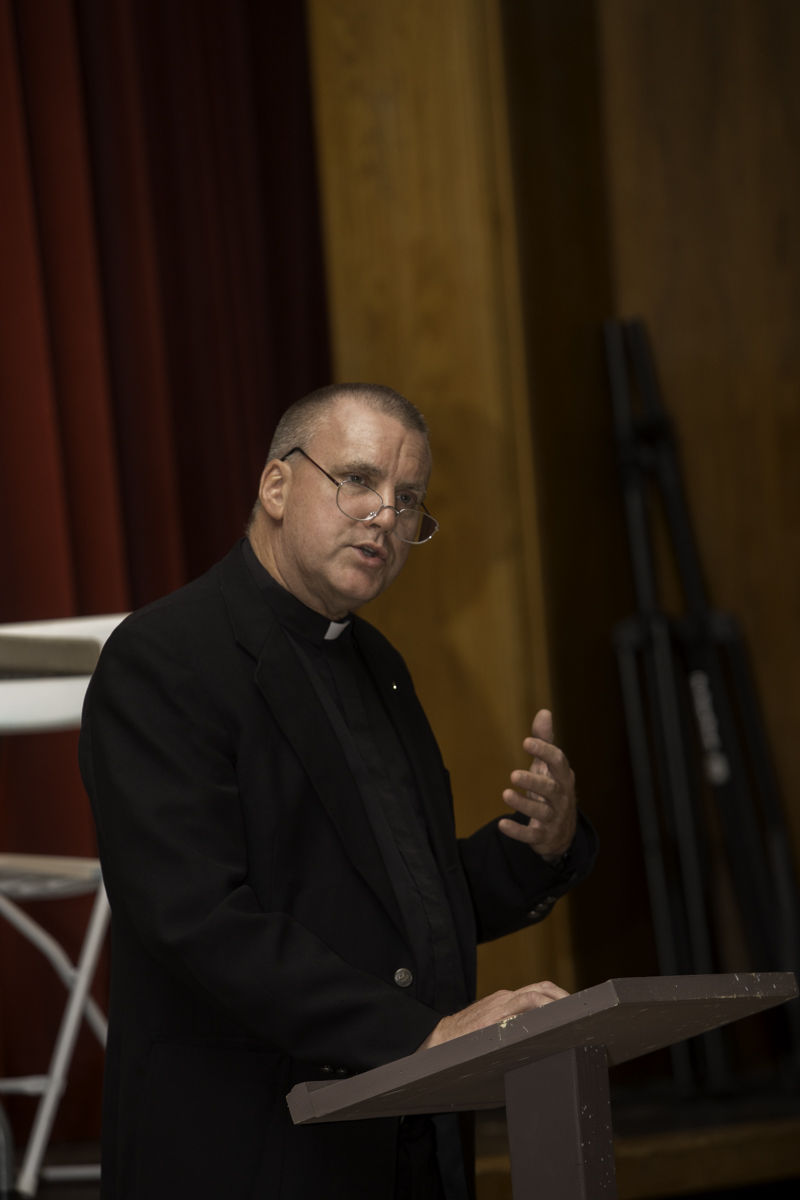 The Canterbury community gathered at the first school meeting of the semester, taking time to reflect in remembrance of 9/11. Students and faculty received Father Tim Valentine's thoughtful words on his own experience of the day's events.

As a faculty member at Fordham University's Graduate School of Education, Father Tim witnessed firsthand the collapse of the World Trade Center from the Lincoln Center campus. Surrounded by students and fellow faculty, he stood watching the events unfold from the 11th floor of the building. Father Tim remarked that for him, the events of 9/11 meant getting involved in the U.S. Military as a Chaplain and serving two combat tours in Iraq. However, for others "back home", the events of that day led "other brave men and women [to fight] against ignorance and intolerance in the classroom, on the athletic fields, and in the dormitories of schools like this."

Father Tim's experiences, he noted, prepared him beyond his time in the Army for his role as an educator - for being a formative piece during such pivotal, developing years for students. Being at a community like Canterbury, he said, gives him hope in the form of our students and our mission. "In an atmosphere of friendship and understanding, we strengthen the bonds that should exist between peoples and nations, so as to strike at the very root of war and hostility."