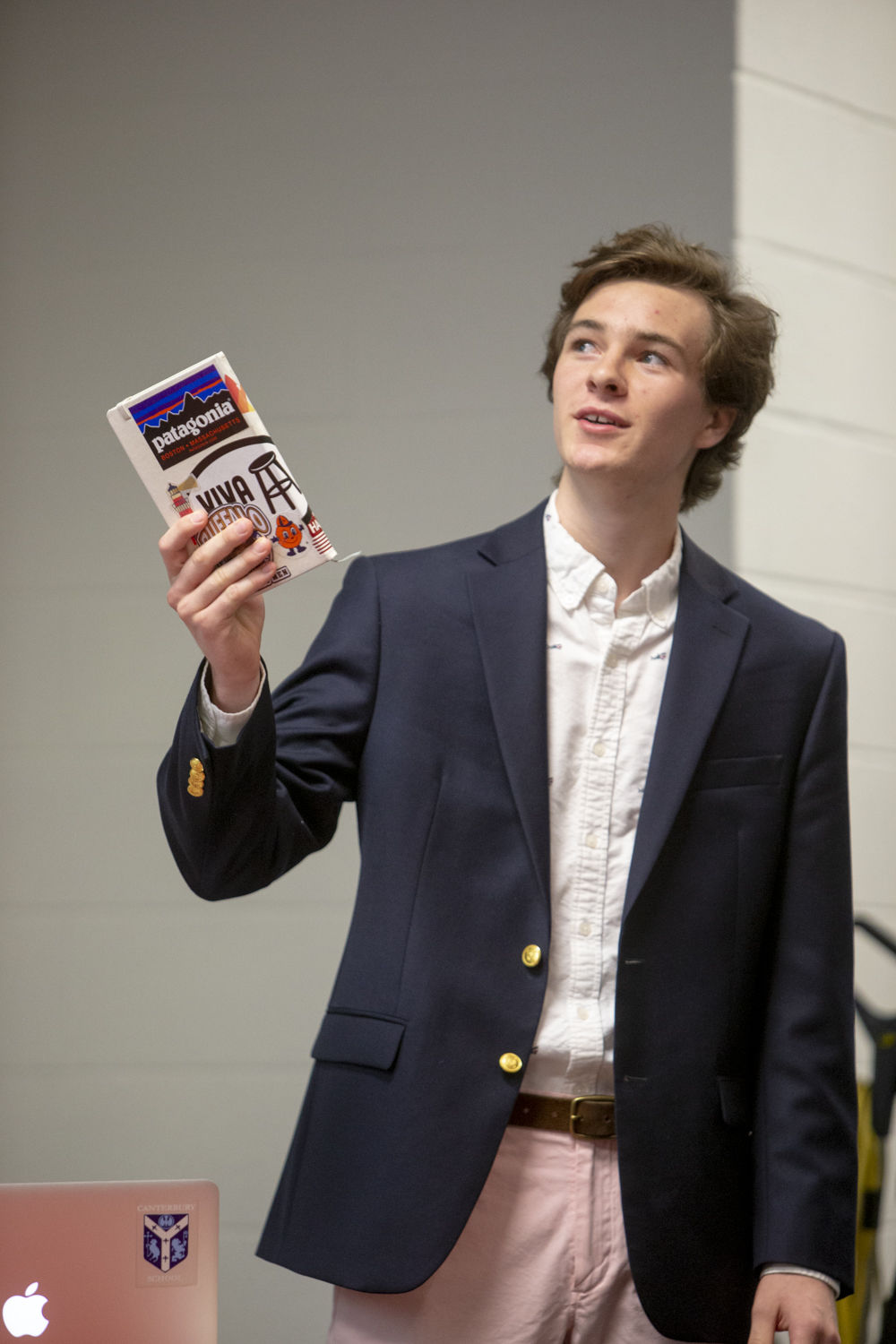 While the phrase "Senior Spring" invokes images of leisurely hanging with friends post the college admission process, two Canterbury Sixth Formers chose to spend their final months of high school exploring what they may pursue next in their academic and professional careers. Skye Van Merkensteijn and Will Dowler, boarding students from New York City, NY and Madison, CT, respectively, concluded their coursework ahead of the March holiday and spent the remaining two months of the academic year at two distinct internships.

Skye chose to return to New York City and intern at a non-profit organization called the Inner-City Scholarship Fund which serves to provide inner-city youth with access to Catholic education and diocesan resources. Will, who had travelled to Nicaragua with Canterbury peers for two consecutive Spring Break trips, returned to Esteli, Nicaragua to work with the Fabretto Organization, a NGO that works to provide educational resources to schools throughout the country.

Both students had clearly articulated goals for themselves heading into their externships — a requirement of the program and part of the application process to be allowed to complete the project.

Skye, who worked in the Marketing and Communications division at the organization, hoped to learn about the role of social media in marketing, how to fundraise, and how to better his personal organizational skills. For him, a big part of the experience was also learning how to not be at boarding school — how to navigate the subway across midtown at rush hour versus the three minute walk from his dorm room to his first period class; how to manage work and personal obligations and find time to pursue personal interests. He re-discovered his love of photography and would spend his lunch hour capturing scenes across the city.

The work Skye completed while interning had a tangible impact on the organization. He presented two ideas for a system of online newsletters for the agency's many constituents. His recommendation — using Google's Education G Suite — was ultimately adopted by his supervisor and will be put in place this summer for one of the agency's partner school districts.

Will, who spent time at Fabretto transcribing letters that students had written to their sponsors, returned to Nicaragua only weeks following the spring break trip during which he volunteered with the same organization. Will's goals for his time there included learning Spanish (or at least attempting to) and getting a better sense of Nicaraguan culture and identity. He spent many afternoons wandering throughout the city and learning to navigate a place where he did not speak the primary language.

While in Esteli, many Nicaraguans began to protest the tax that the government passed in April to fund the social security system. In response to the protests, Will's goals and everyday-routine changed. He spoke with those who approved the tax and those who contested; he tried to understand why the two sides felt so strongly. He had many conversations with his host family and peers within the organization about the Nicaraguan government and the country's history. While he had hoped to create a video from footage of his trip, Will ultimately spent much more time having discussions with people he met and observing the city around him rather than filming.

The Sixth Form Project, spearheaded Kim Tester, chair of the Fine Arts Department, allows Sixth Formers who complete a rigorous application process the chance to finish their coursework early and leave Canterbury following the March break to instead pursue an out-of-classroom passion.

Both Skye and Will noted how important it was for them to have professional mentors at their roles. Skye's direct supervisor was a 25-year old young professional named Michael. Given their relative closeness in age, Skye felt immediately more at ease to ask Michael questions that led to a more seamless transition for him into the office environment. Will worked closely with a Spanish tutor as well as an advisor named Octavio at Fabretto. Both relationships were instrumental in his ability to be effective in his role and feel comfortable navigating a new city in a foreign language.

Photos of the Sixth Form Project Presentation
Powered by Finalsite