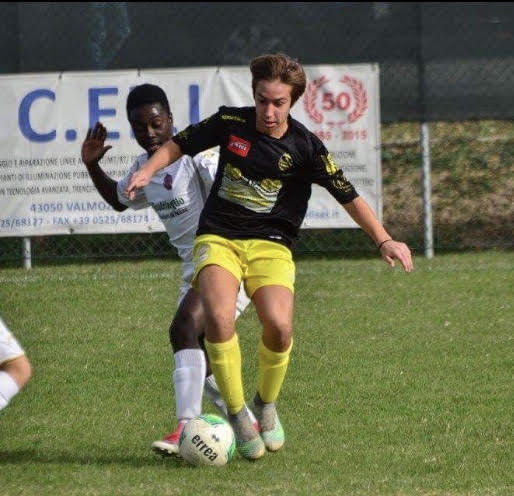 While traveling across the Atlantic Ocean for high school may be unconventional, for Ludovico '20, an incoming Fifth Form student from Italy, it is something he has been intentionally planning to do. Boarding school was something he specifically looked into, especially since a few other students from his school also were exploring schools in North America. Kent School, CT, Cheshire Academy, CT and Worcester Academy, MA were all on his list when he traveled to the States earlier in the year to tour his options.

While Ludovico ending up applying to several other boarding schools in New England, when it came down to the ultimate decision of where to attend, Canterbury was the best fit for him. "It was my favorite campus that I visited," he remarks. Ludovico is excited by the academic program as well as the proximity to New York where his family often visits and has a permanent place to stay.

In the fall, he plans to try out for the soccer team — he has been playing since he was five and is very interested in the sport —followed by basketball in the winter. While he doesn't yet know what activity he will do in the spring, he is excited about the potential to try a new sport—maybe something that he hasn't heard of before.

Ludovico is weighing options for what courses he will start off with in the fall—while he knows he will take American Literature, he isn't yet sure if he will start with Chemistry, Computer Science, or both for his Science course. Either way, he notes, he is looking forward to a range of class options, exploring new subjects and taking advantage of this planned adventure of attending boarding school.