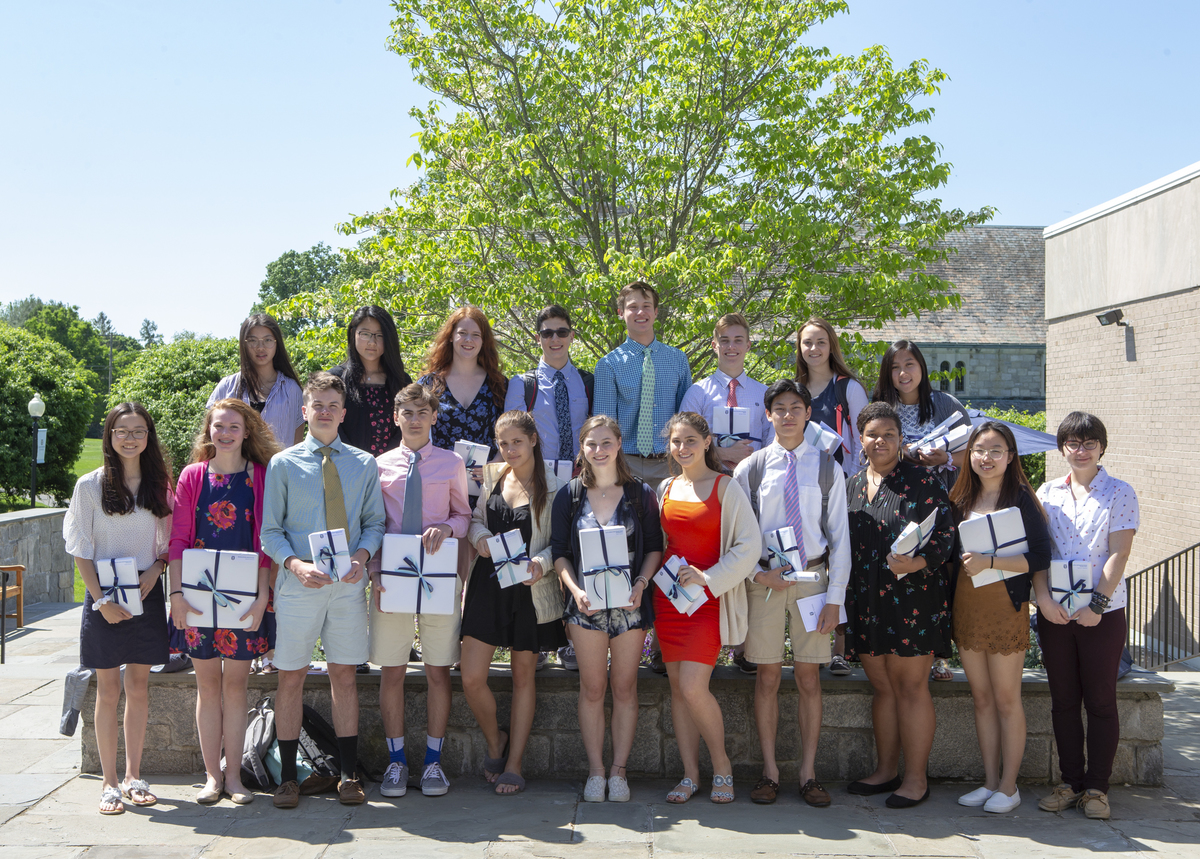 Third, Fourth and Fifth Form students gathered for the annual end-of-year awards ceremony on Thursday, May 24. Students were honored for their academic accomplishments and extra-curricular leadership. Head of School Rachel Stone addressed the community in her opening remarks, noting how significantly each Form has grown since the opening days of the academic year.

Zachary McGrew '21 and Katherine Delamere '21 were selected for The Nicholas DiTullio Award '01, presented each year to a Third Former at the sub-varsity level who has demonstrated a love for and dedication to athletics.

The Dr. Nelson Hume Speech Competition Awards were presented to the winners of the Underform Speech Competition. Max Oeser '21 won for the III Form, Alexa Esposito '20 for the IV Form, Ren Xin '19 for the V Form, and Erin Sudbey '20 as the Overall Outstanding Speaker.

The James D. Higgins '44 History Thesis Award, awarded to the author of the best research paper written for the U.S. History classes, was presented to two students enrolled Honors US History, and two students enrolled in AP US History. Those recipients were Rachael DeLong '19 and Willem Steiner '19 and Gregory McKenna '19 and Ren Xin '19, respectively.

The James P. Shea Award was earned by Angelina Arceo Ferrer '19 and Kasey Celniker '19 for their improvement in persuasive argument and general appreciation for historical interpretation as demonstrated in their spring semester research project.

The ceremony concluded with the presentation of the Roderick Clarke '46 Distinguished Academic Achievement Award, given by the Class of 1956 in memory of Former Headmaster Rod Clarke '46. It is awarded annually to the member of each class with the highest cumulative GPA.

Sandra Xu '21 received the award for the Third Form, Sabrina Capodicci '20 for the Fourth Form, and Gregory McKenna '19 for the V Form.

Awards for the graduating Class of 2018 will be announced during Commencement on Friday, May 25.