William B. O'Connor '57, A Giant Among Saints, Dies 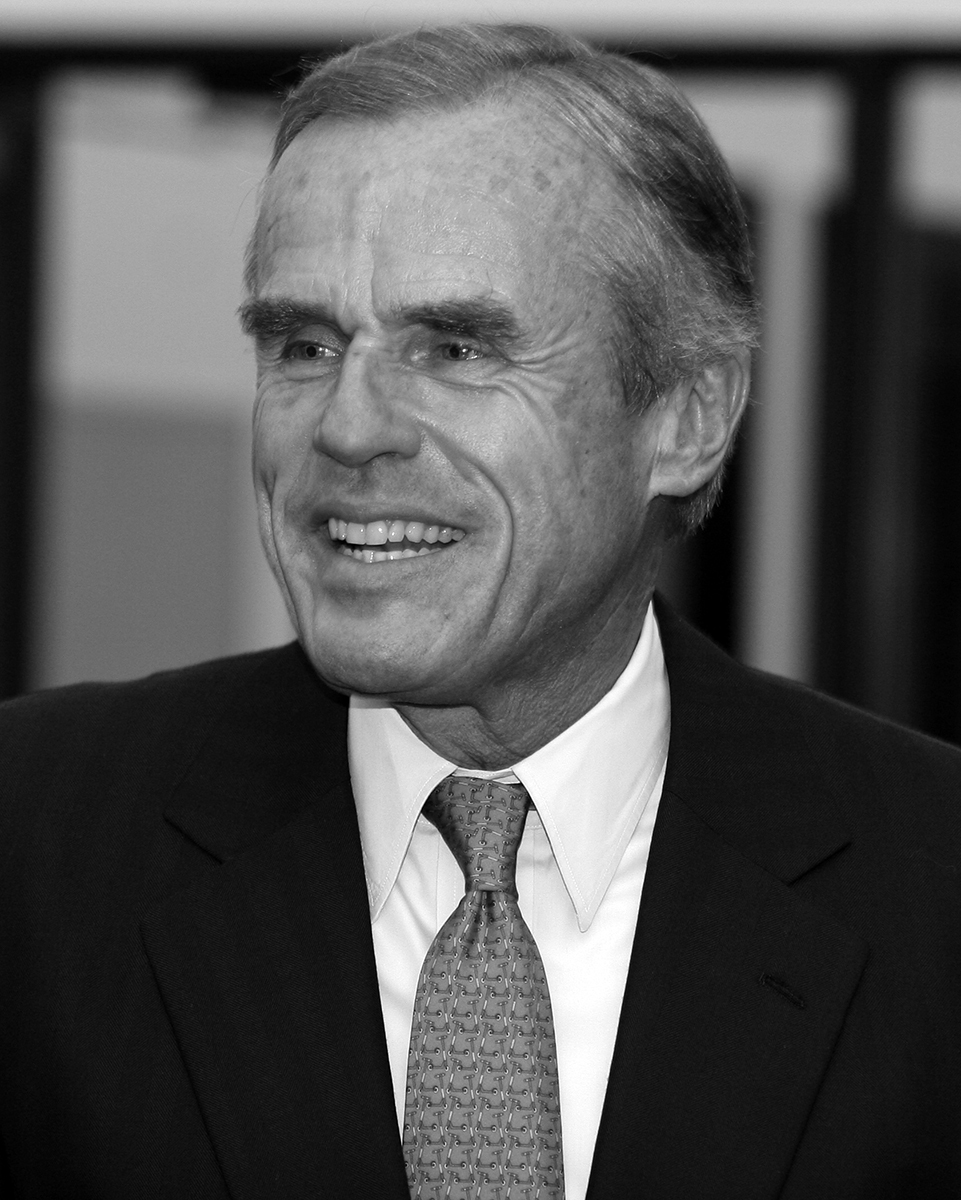 William "Bill" B. O'Connor '57, whose close association with Canterbury spanned more than half a century, died Monday, November 6, 2017.

Bill became a member of Canterbury's Board of Trustees in 1996 and succeeded Hope E. Carter as president two years later, continuing in that role until 2007 but remaining on the Board until 2014. The Board voted him a trustee emeritus in 2012, and he received the Canterbury Medal and spoke at graduation in 2007.

"Bill devoted all of his passion, love, and energy to Canterbury in every way you can imagine," said trustee emeritus John O'Neill '57, Bill's life-long friend and Board vice president through Bill's tenure. "As Board president, he was a spectacular leader." Bill and John roomed together for one year at Canterbury and then continued to be roommates while at Princeton.

Said Head of School Rachel Stone: "I had the honor of meeting Bill almost exactly one year ago at his home in Port Washington, NY, and the privilege of welcoming him back to campus this past May to celebrate John O'Neill's retirement from the Board. Kind, resilient, and generous of heart and spirit, Bill embodied the true meaning of our School and the Canterbury family. We will all miss him."

A loyal and faithful alumnus, Bill was a wise mentor and leader. His largesse funded the restoration of the Chapel of Our Lady's west window, the "porch" of the chapel, and many additional projects. The sacristy is dedicated to him. In June of 2016, the Head of School's House was named O'Connor House in his honor. Canterbury is an infinitely better school because of his diligent, generous, and far-sighted leadership.

Not only did Bill fund capital projects but he also created and supported numerous endowment funds earmarked for faculty study and student financial aid. Among the funds to which he contributed are: The Roderick Clarke '46 Endowment Fund for Faculty Advanced Study, The Thomas J. and Betsy Sheehy Endowment Fund for Faculty Support, The Pat Hiro Scholarship Fund, the William B. O'Connor '57 Scholarship Fund, and The Algis Stankus-Saulaitis Library Fund. He also contributed generously to the Annual Fund, including challenge matches and in honor of the Class of 1957 on reunion years.

Hailing from Roslyn Estates, NY, Bill arrived at Canterbury in the fall of 1954. He played j.v. football, ran track, and was a member of the Mimers, Debating Club, and Carillon. As a Sixth Former, he was managing editor of the Cantuarian, a member of the student council, and a sacristan. He went on to graduate from Princeton University and Yale Law School.

Bill believed that the secret to life was "living small." This he taught his children. He lived in a modest home, drove modest cars, and never boasted, preferring to change the world without too much fanfare, if he could help it. Whenever the School honored him, one might have gotten the impression that he was embarrassed by being in the spotlight. Through and through, Bill was the quintessential Christian gentleman and humble to a fault, a true giant among Saints.

Canterbury will hold a memorial service for Bill in the Chapel of Our Lady in spring 2018. Details will be posted here at a later date.