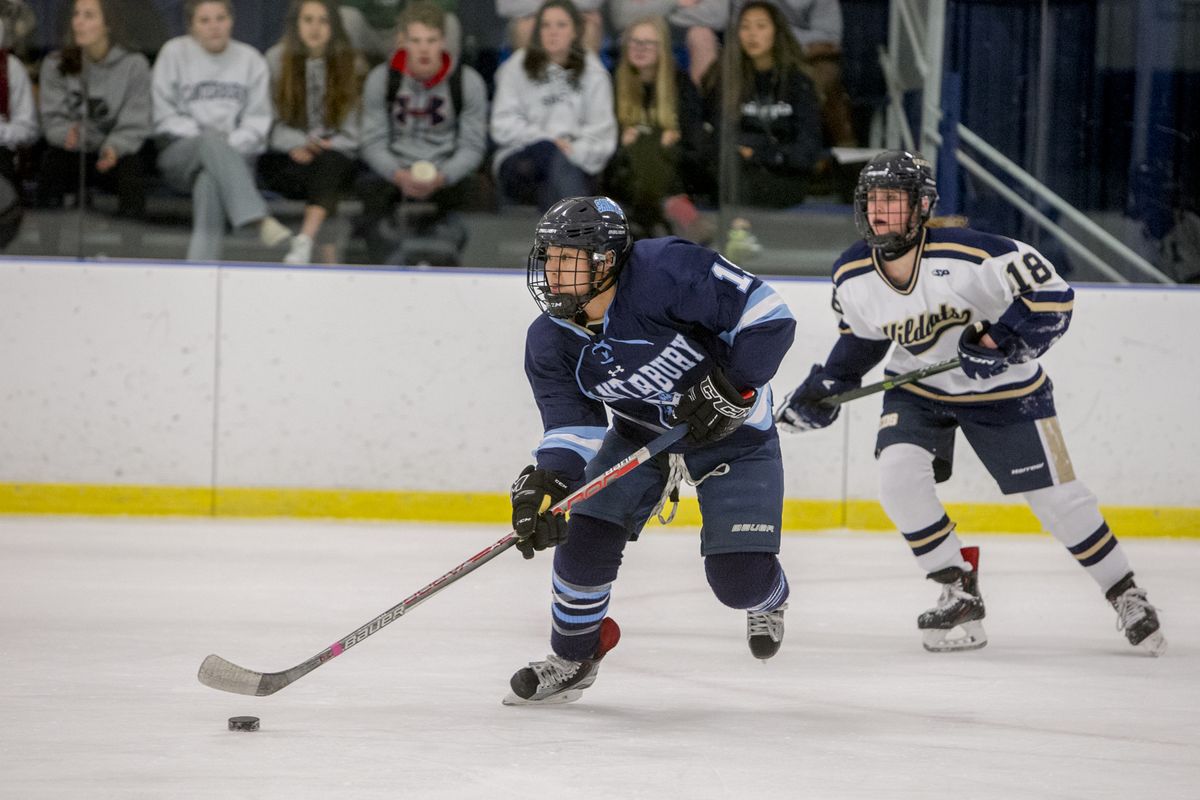 Girls' Varsity Ice Hockey hosted their home opener against Rye Country Day, winning 2-0. Katherine Hesslink '18 scored the first goal of the season during the first period followed by Jade Brinker '20 at the beginning of the second period. Goalie Jami Procanik '19 earned her first shutout of the season. The team goes against Greenwich Academy this Saturday, December 2, away at Greenwich at 4 p.m.

"We have a solid group of returners to lead the many new faces we have welcomed to the team," remarks head coach Katie Mandigo. "We will continue to build upon past success with hard work work and strong leadership from our seven Sixth Formers." The girls' team competes against the Chinese U-18 National Team on February 1 at 6:30 p.m. at Harvard University, a highlight of their upcoming season.

While the girls played home yesterday, the Boys' Varsity Hockey team traveled to Millbrook. Led by captains Connor Amsley '18, Connor Snowdy '18, and Quentin Silverio '18, the Saints won 4-2. Luca Marini '19 scored the first goal of the season (and the first of his career) in the first period, followed by another goal in the third period. Jack McCluskey '20 and Connor Amsley '18 scored the two additional goals. Goalie Anthony Cusano '18 boasted a 93% save percentage.

Sixteen of the twenty-five boys on the 2017-2018 roster are new to the team. However, head coach Paddy McCarthy '94 notes that each member of the squad brings "new energy and optimism" to the season. He adds, "The few but strong VI formers on the team have been re-energized by the additions to the roster and are focused on establishing a winning attitude and effort this season."

The Boys' Varsity Ice Hockey team will play their home opener against Hotchkiss on Saturday, December 2 at 4 p.m. in Canterbury's O'Neill Arena. The two schools are rivals, and the match-up is one of the highlights of the Saints' season. The boys' follow up this weekend's game with two home contests against Berkshire and Loomis Chaffee, December 8 and December 9, respectively. The December 9 game against Loomis Chaffee begins at 7 p.m., a highly anticipated and attended event for Canterbury's student body.

Both ice hockey teams compete at several tournaments heading into the holiday break. The boys' team heads to Lawrenceville to play The Taft School and The Lawrenceville School, among other top competitors, at a tournament held on December 15 through 17. The girls' team will go head-to-head against Northfield Mt. Hermon and Cushing Academy at Winchendon School on December 18.

The team pages for both team's can be found at www.cbury.org/athletics/teampages. To view photos from the girls' home opener, please view our Flickr here.