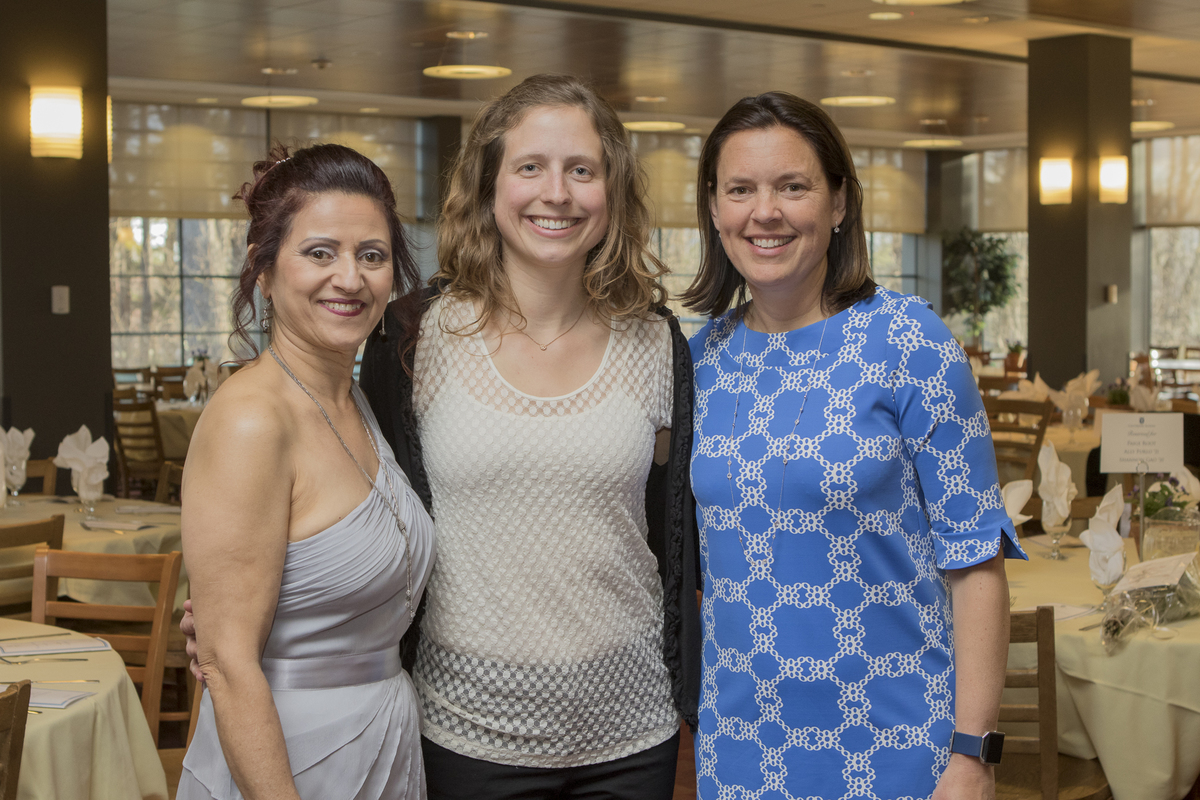 On Friday, April 20, the Women of Canterbury (WOC) hosted its Annual Dinner celebration to honor the 2018 Woman of the Year. New to tradition, this year's Woman of the Year was named earlier in the semester through an announcement at School Meeting so that the entire School community could preemptively celebrate her award. WOC Club members selected Zelia Schimanskey, an eleven-year staff member and housekeeper of Steele Hall, as the honored recipient.

"I never imagined this would happen!" exclaimed Zelia as she addressed the almost 200 attendees, including previous years' recipients Former Science Department Chair Sandy Behan (2017) and current Associate Head of School for Academics Sue Roberts (2014). She spoke to the impact her mother had on her and her siblings growing up in Vila Velha, Brazil. "She is my main inspiration," Zelia noted of the strength she continues to draw years later from her mother's resilience in raising nine children alone.

Zelia was selected as Canterbury's Woman of the Year because of the similar inspirational effect she has on Canterbury students. "There is not a person on Canterbury's campus who has not experienced the warmth of Zelia's radiant smile," wrote Megan Tracy '18, WOC Leader, upon compiling Zelia's biography. "She knows when certain classes have big exams and will always ask me how a test went after it happens."

Zelia knows each of Canterbury's 320 students by name. She often attends athletic competitions and concerts. More than just a smiling face, Zelia is a true confidant and mentor to every student she has gotten to know.

The Women of Canterbury seeks to develop leadership potential in young women and install an appreciation of the role women can play in local and global communities. Established at Canterbury in 1991 by longtime Science Department Chair Sandy Behan, it is now spearheaded by Paige Root, faculty member in the Language Department and dorm head in Carter House.

The Annual Spring Dinner brings together female students and faculty as well as mothers, sisters, and other guests to honor the year-long work of the organization.

To view photos of the evening, please see our Flickr here.
Powered by Finalsite